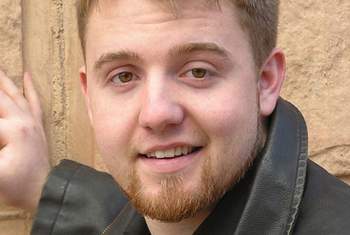 French Beard Styles 2018. French beard is the most favourite celebrity facial hairstyle. Well, if you don’t agree to it now, you probably will be the end. French beards have been the most common and easy style, as it suits everyone and along this, french beards are easy maintenance. French cut mustache.

Men, throughout history, have had multiple facial hairstyles, but all of them changed and evolved with time, according to recent trends but in case of french beard, it is the longest and a trend that will keep prevailing for as long as we can see.

Different Types of French Beards You Must Try

So we bring you 15 interesting french beard styles that will help and give you ideas.

If you’re oval faced then this french beard style is perfect for you. Play around with a cool tee and some jacket to add more style to your persona.

As mentioned, the french beard is not only worn as casual style but looks really well maintained even if you’re dressed up for a business meeting or some formal work dinner. Check out Funny Beard Styles-20 Weirdest and Unique Facial Hair Looks Ever

Many celebrities prefer to dress up semi formally at premiers or such events, well if that’s the case men can opt for french beard, this will not give the typical formal look.

Everyone knows Amitabh Bachan, and even at this age, he gracefully carries his full white haired french beard, be it a premier or any talk show, this man never fails to impress.

The Bollywood superstar, Shahrukh Khan also prefers a french beard over others, as it gives a mature as well as more composed look to the entire personality. Have a look at Salman Khan Dressing Styles–20 Best Looks of Salman Khan

#10: The Beard which Give Young Look

Who doesn’t know the super hit series hero, Boyd Holbrook. To give him even a younger look, he opted for the french beard. The extended french beard hides the face shape, making it appear smaller.

Steal the look of Ranbir Kapoor. Of all the beard types, he opted for french beard due to its easy maintenance and the mature look it offers.

In teenage and youth, boys are looking for looking for options to make a style statement of their own, follow Joe Jonas and as he goes for really short hair with an extended french beard look. Don’t miss out Beard Styles 2016- 30 Cool Facial Hairstyles To Try This Year

Like Zac Efron, boys can also go for a french beard look which separates the beard and the moustache.

French beard has nothing to do with age and how you decide to carry it, it can be worn for outdoor trips and it will suit your holiday style.

#5: Carry The Beard with Jackets and Scarves

Yes! You can totally wear jackets and scarves and flaunt your french beard with the entire look. This will give you more of an artistic look.

Johnny Depp is an ultimate style ideal, even tattooed guys can go for french beards and give them a more rough and tough look.

Who says long hair and a french beard don’t go well together? Well yes we can absolutely prove it wrong!

Lazying around on Sunday, or not in a mood to dress up then let your bed hair and french beard rock.

The typical french beard is ideal for every man, and suits all face sizes and shapes.

There are no comments for this post "French Beard styles - 15 Different French Style Facial Hairs". Be the first to comment...