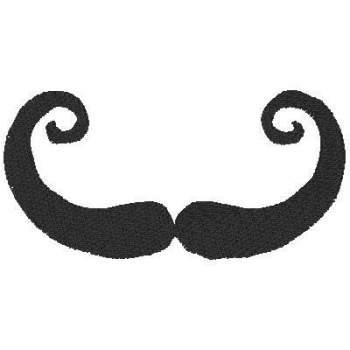 Call it what you will, the mustache comes with a fair dollop of history -- and mirth -- wherever it grows.

From Magnum PI-styled symbol of virility to Borat-esque nose-tickler, the mustache shouts "pride" louder than most hairstyles.

And nowhere is man's dedication to the hirsute upper lip more apparent than in India.

Indian history is inexorably linked to whiskers and though historians can’t be positive about its exact origins, the finely coiffed ‘tache can be at least partly attributed to the British, says Chris Stowers, co-author of "Hair India, A Guide to the Bizarre Beards and Magnificent Moustaches of Hindustan."

“The concept of grooming them into distinct, standout facial features began around the time of the Rajputs, the former Hindu military ruling class,” Stowers says.

"When the British military came along, they had an enormous effect: some of the best of the Victorian mustache styles were adopted, refined and, finally preserved in and by the India military -- particularly the various sub-species of ‘the mutton chop’and ‘thehandlebar’ which persist gloriously to this day.”

Bombay-born Rudyard Kipling, a staunch proponent of ‘the walrus,’ went so far as to write that “being kissed by a man who didn’t wax his mustache was like eating an egg without salt.”

Fashion photographer David Yeo and I traveled around India and documented the healthy dedication of the subcontinental gentleman to this great follicular statement.

Style: A kind of elongation of the nasal hairs; care-free but not careless.

Why we love it: We're surprised this Sadhu gentleman found lurking around the temple in Hampi, Karnataka, doesn't spend his whole day sneezing. His 'tache does appear to move into one nostril and out the other.

But while a little shambolic it gives the appearance of being gently groomed, offsetting his epically unnerving ice-blue stares. The contrasting hue between his whiskers and his beard is particularly striking.

Style: Barely there, but noticeable enough to suggest a don't-mess-or-you'll-regret-it persona.

Why we love it: This soldier’s ‘tache is taken as seriously as his role guarding a compound in Udaipur. Like his duties, he won’t allow his hairs to stray -- we were ushered out shortly after this snap.

Style: Symmetrically cylindrical from end to end, this takes hours of follicular manipulation.

Why we love it: An absolute classic -- coordinated facial paint and outfit, strangely coiffed locks and the neat-yet-not-overtly-preened upper-lip/beard combo. We met this gentle character in Karnataka, it’s fair to say his look was rather more colorful than his chat.

Style: Stays well within the cheek dimples and a good two millimeters above the upper lip rim. Where there are no rules to 'tache style, The Headmaster creates them.

Why we love it: Bull’s-eye on every level: the pomaded barnet, the coral, ribbed turtle neck, the rat’s tail, the neat-beyond-neat mustache, the clean-shaven cheeks. It was all too much for us to resist when we came across this guy in Udaipur’s jumbled, whitewashed lanes.

Style: You can almost see the two halves of this mustache lifting and falling as sporters of The Drawbridge talk.

Why we love it: He looks like the cat that got the cream -- well-fed and working in a restaurant that specializes in sweets in the pink city of Jaipur. Besides, he has reason to be delighted with his upper lip production -- demure, natural yet controlled and tres elegant.

Why we love it: Defying much pogonology protocol, the lopsided character of this Gorkana get up’s outer limits is a sure sign of South Indian laidbackness.

Style: A kind of roof for the mouth; secure, comforting and the kind of 'tache you only notice if it suddenly disappears.

Why we love it: Top Security -- the name says it all. You can see the Palace Hotel (of James Bond’s "Octopussy" fame) in the background here. We’re in Udaipur where there seemed to be no shortage of security guards.

Mustaches are particularly prevalent in the security corps in India, where they imbue old-school authority and an extra piece of uniform upon the wearer.

Style: Elegant and a little boisterous; best shown off with a Sherlock Holmes pipe.

Why we love it: Flying the ‘tache flag is part of hotel staff job descriptions. We popped into some palatial hotels especially to seek these specimens and we weren’t disappointed. Never mind the extraordinary epaulets, what a perfect embodiment of ‘the handlebar.’

Style: Like fresh shoots of grass squeezing through the topsoil after a good rain.

Why we love it: Not all men are, ahem, so adept at producing a full mustache. Tops Security strikes again. Here we’re in Jaipur and this time it’s a boy in a man’s uniform -- no matter which way you look at it.

Style: Long enough to create a genuine shadow, short enough to make a noise like a stiff broom on a dusty floor when the proponent of The Bristler rubs his fingers over his lip.

Why we love it: It's a humble type of 'tache, most often sported by kindly, humble men. This fellow’s position is bird scarer at the famous Rambagh Palace hotel in Jaipur. He spends his working days flapping a stick and a white flag to scare away birds from the resplendent courtyard.

Why we love it: Like the prop-esque turban, this specimen looks like you could unclip it and pop it next your denture glass at bedtime.

It’s ‘the handlebar’ from which all handlebar caricatures from henceforth shall be judged. (Aladdin-esque cheekiness a prerequisite to get the optimum effect.)

Style: Thin in the middle, bulbous at the ends. An unruly Dumbbell can appear to actually pull the face forward with its excessive weight.

Why we love it: An odd one, this. It wants to be imperial but is straying rather too far horizontally to be taken too seriously. I suspect this gentleman in Jaipur feels the same way about it -- yes, grooming can be boring.

Style: Light, wispy and delicate. Can be seen to twitch and fluff up in the puffs of air exhaled during the proponent's speech.

Why we love it: I love the look on this character’s face -- it makes me want to sit down and put the world to rights with him. A reasonably low-profile, unforced ‘tache, he comes across as neat and honest.

There are no comments for this post "In pictures: India's love affair with the mustache, CNN Travel". Be the first to comment...