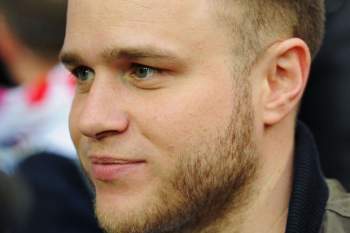 Moustaches light and robust, chin straps, soul patches, sideburns, mutton-chops, neckbeards and face-fur so full and luxurious that you could get lost in it. I have – sometimes regrettably – worn them all. So, I consider myself in a unique position to tell you, right here and now, once and for all, what the 11 best facial hair styles are. Beard styles without a mustache.

For your reading and grooming pleasure, they’re all collected below. Don’t see your specific style listed? Well, go ahead and tell us in the comments. But I recommend that you shave first, clearing the crime scene of your follicle fallacy.

I’ll freely admit my bias: This is the facial hair style that I am currently wearing, right at this very moment. Not everyone can pull it off, both in terms of hair coverage as well as facial structure, but if you can, it’s a sin not to, as you’re basically saying that you’re better that Lemmy Kilmister, Harley Race, and Triple H at his most badass. Which is a lie. You’re better than none of those men. None of us are.

It’s a broad category, and we’ll get more specific below, but if you can grow a respectable-looking caterpillar on your upper-lip, more power to you. It’s an absurd contrivance: Shaving off all the hair that can keep you warm and leaving only that which can get stuck in ice cream cones. But outside of walking around with a sandwich board detailing your sperm count and/or your benchpress personal best, there’s no better way to display your virility for all the world to see.

Some people will try to tell you that a goatee includes not only the hair on the chin, but also the mustache. Those people are liars, and the goatee is a cornball abomination that should be avoided in, speaking statistically, 100% of all conceivable situations. But when you combine a goatee – which is, inarguably, only hair upon your chin – with a mustache? That is correctly called a Van Dyke, and is a wholly reasonable thing to wear around if you are unable to grow or commit to a full beard.

Like most aesthetic choices, it’s really easy for sideburns to go poorly. Too long and you look unkempt. Too ornate and you’re vain. Too sparse and it’s just sad. But if you can crack the code of the right length and shape for your particular face, it’s hard to go wrong with sideburns. Just don’t let them meet on your jaw. That is a chin strap, and to be avoided at all costs.

Chops are sideburns with ambition. They’ve explored as far south as the jawline and want to see what else the face has to offer, creeping across the chin toward the mouth. You need to walk a fine line with these babies so you don’t end up looking like an extra from a 70s period flick, but trust me, it is doable, and your reward? Looking like a properly hirsute dude who probably knows how to fix things, or at least has a buddy that owes him a favor.

Here’s another one that can get really out of control, really easily. If you’re making more than one point on each side, if the points extend past the side of your face, if you’re spending more time preparing your handlebar mustache than, I dunno, eating breakfast…it might be time to reconsider. But, if you can get that sumbitch waxed and looking sharp – but not overbearing – quickly, then you should absolutely get in there with your turn of the century British boxer looking self.

Most people can’t do this, either because their beard doesn’t grow long enough, they don’t have the patience to let it, or they have a job description that isn’t “Play Guitar for Thrash Metal Icons Anthrax.” And even more people? Probably shouldn’t. But, if you do happen to play guitar for thrash metal icons Anthrax and/or happen to be Zakk Wylde, and you have a beard that’s at least nipple-length, go ahead and braid the bejeezus out of that thing or just tie a knot in it. Do a French braid. Tie a bunch of knots. Why not? Get loose.

This is a good look. Not everyone has the hair pattern to do it, but if you do, I would classify this particular facial hair style as “Strong to Very Strong,” one of my highest possible ratings. The mustache by itself isn’t a bad choice, but unfortunately, some of us look disconcertingly sleazy with a line of fur stranded in the middle of our face. But if you accompany it with those additional vertical strips, a magical alchemy occurs, and you will, on average, look approximately 63% less sordid.

While the horseshoe variation makes you look less sleazy, the pencil mustache has the opposite effect. Talking sleaze-level, this thing makes you look like, best case scenario, John Waters. And worst case scenario? A character in a John Waters movie. But still, there’s a time and a place, and if you have the facial structure to flatter it, the intestinal fortitude to wear it proudly, and the manual dexterity to actually shave it and keep it even…more power to you.

Shaving sucks. It’s the worst. Even if it’s in the service of getting a truly awesome facial hair design – like the friendly mutton chops – it risks cuts, nicks, and razorburn, is more difficult to do evenly than anyone wants to admit, and is time that could be spent doing absolutely anything other than staring into the mirror trying to figure out whether your beard is uneven, or if you just have a hideously asymmetrical face. Maybe both!

The best entry on this list. If you can grow a beard and never have, you better have a good reason for it. Perhaps your facial structure works better with some other hair style, or maybe your terrible boss just won’t allow it. Whatever it is, if you don’t ever find yourself jealous of dudes with beards, even if for but a moment, envious of their rugged, hirsute appearance and complete freedom from razors, you’re lying to me, your gods, and worst of all, to yourself.

How to grow an awesome mustache

Aubrey Sitterson has friendly mutton-chops and says they are a tribute to either Lemmy or Harley, depending on the audience. He is the creator of the sword & sorcery serial SKALD, available on iTunes, Stitcher and Podomatic. Find him on Twitter or at aubreysitterson.com.

There are no comments for this post "The 11 best facial hair styles -". Be the first to comment...