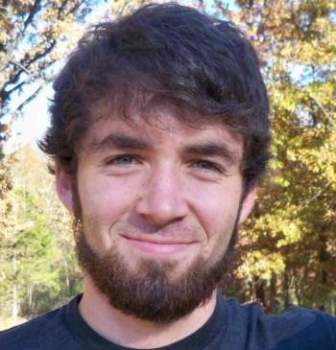 The favorite of The Wolverine star and millions of his fan followers, this beard without a mustache is a style icon. Wherever you see the look, the one thing that comes to your mind is Hugh Jackman. The beard is basically based on the sideburns which grow on the side of your face. The rest of the face is shaved clean which shifts the entire focus towards the beard. In addition to this, the beard is really favored by the ladies’ club and serves to really up your style game wherever you go. Have a look at best beard styles for round face.

The world has seen this beard style rise to popularity in front of their very eyes. Comprised of a broad band of hair on the jawline that continues on to the other side of the face, this beard style is a real head turner. You can pair this beard with mustache and without, but we definitely like the bare look. A number of celebrities have preferred this look over many others and of the noted names Zac Efron leads the list. Not only has he made the look work for him, he has owned the style to enhance his personality even further! Explore: Best Beard Styles For Men

This is a great way of combining two of your favorite styles to produce a unique look that can give your style a 360-degree makeover. Many men wonder is a beard without mustache ok? For these careful people, the goatee-chin strap mix is the perfect style to introduce themselves to a beard without mustache. Of the many celebrities that have made this look their own, Mike Posner is one who has really done the style justice. Along with all the looks and attention, he has also proved how much this style appeals to the female population, all the more reason to adopt it for your own. You might be interested in best beard styles for teenagers.

The goatee beard without mustache may have occurred to you before, but did you know about the great potential of this beard style on its own. Yes, all those men looking for beard styles without mustache can easily adapt to this style for a complete revamp of their look. The style is composed of a long goatee in the center with the sides and mustache cleaned for a decent and sophisticated look. However, there is one thing for sure, this look isn’t for the faint of heart, but if it suits, it is one of those few styles that are sure to stick with you for long. Are you looking for short beard styles?

follows the chin curtain style, but needs proper trimming and maintenance, so, those of you who don’t mind a high maintenance beard can consider this style. The style has been popular since Lincoln’s time, but has now gained popularity again as an elegant beard without mustache. What’s more, the style has been known to have much preference with the ladies as well.

This small, yet highly stylish goatee without a mustache, called the chin puff, is the new generation sensation. A lot of young men are opting for this latest trend to welcome an amazing response from the crowd. Not only this, the look has been considered as extremely inviting for younger girls as well, which might be the reason behind its rapid rise in popularity. Also, the beard is extremely easy to cut and maintain as well, with a clean shaven look around a small patch of hair just under the chin. Know about all Beard Styles Names

This is another look for the teenage squad. Celebrities like Justin Bieber, Ashton Kutcher and a lot of other heartthrobs have all tried out this alluring look, much to the satisfaction of their fans. Being only a small patch on your chin, paired with an entirely clean shaven cheek and neck, the style is a great option to add a bit of stylish manliness of your personality. Many young gentlemen, and even older men are going for the look. Considering the amazing style, it offers, we totally approve of their choice. This beard was best practiced by david villa, to read about few other footballers beards please have a look at footballers with beards.

Although many people think that a long beard must have a mustache to go with it, a beard without mustache looks pretty neat too. Many people have tried this style out to immense satisfaction, and have loved it enough to make it their permanent look. Furthermore, if it’s the strict manliness, you are looking for, there is no better style to choose than the long beard style. Removing the mustache only adds the much needed flavor which is an added benefit for your style game. Women love men with classic looks and if this is paired with a dash of hot style, the look really does become irresistible.

This is the lazy man’s beard dream come true. It originates from Pennsylvania and is one of those unkempt beards that somehow really draw people in. Normally, the wearer lets his beard grow wherever it wants to but takes care to remove the mustache. The length is not a problem either, you can let it grow wild, literally! Although not suitable for the office environment, the beard is a real charm on the countryside and really brings out a kind and happy personality.

Those of you, who love a challenge can try this facial hairstyle out to enhance their unique personality. The beard is a bit different with sharp cut sideburns that end abruptly, midway between the face, which makes it hard for the average man to pull it off. However, for the select few that it does suit on, the style is a must have. The rocker style is really popular among the ladies as well, which is all the more reason to try it out. If you are looking for beard without mustache black man, then this seems to be a best choice for you. Read: Thin beard styles

How to make your mustache grow

One of the most stylish and commonly used styles in the world. The stubble is a great way to enhance your look and bring out that professional personality from within. Also, this style is great for the office look, adds the sophisticated air of professionalism which is really sought after. Many celebrities including the all-time ladies’ favorite, Enrique Iglesias have opted for this style and have slayed people’s hearts with their killing looks. If they can do it, so can you!

Although an unusual beard at first sight, this beard styles without mustache is great for those on the lookout for something different. The beard is basically the neck hair, while the face is shaved clean. Quite a few style extremists have tried the lookout and nailed it. If you are one of those men who love to go for off the book styles, the style is a great option to consider.

This is without a doubt the most popular beard without mustache. Although used with a mustache, it can be used without a mustache, keeping a beard only in the area of ​​the chin.

This beard should not be very long, because if it reaches a considerable length becomes a goatee, which is not very presentable beard style without mustache.

This type of beard can be practiced best without mustache. Lowering from the sideburns by the line of the jaw until they are united in the jaw. It is recommended that it is not too long, enough for the beard to be clearly visible but no more than 1 finger long. Although you can play with the length to your liking.

All those people looking for a beard styles without mustache can try the amazing array of beard styles described above. You can easily go for the ones that you like, according to what suits. Of course, the ultimate decision rests with you, but having a list that has all the different beard styles for every age group is a real help. You can always go for a new look, but choosing one that brings out your personality, is the real challenge. So, which of these styles will you try out?

There are no comments for this post "14 Best Beard Styles Without Mustache - Beard Styles". Be the first to comment...