How to make a mustache look good. The World Needs A Stronger Blog...: In-depth review of Wikipedia's Moustache page 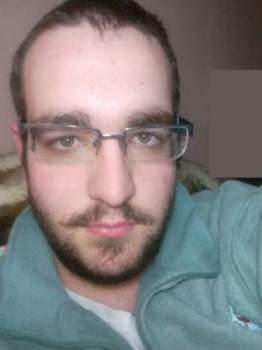 I somehow stumbled upon Wikipedia's exhaustive page on Moustaches and a door slammed behind me. Some of it was pretty interesting and some of it was hysterical, which is pretty much par for the course Wikipedia.

The first thing is just classic. You know how Wikipedia always has those "disambiguation" disclaimers and "For other uses, see" such and such, well, the Wikipedia Moustache page starts off with this:

"A moustache (or mustache) is facial hair grown on the upper lip. Often the term implies that the wearer grows only the upper lip hair and chooses to shave the hair on his chin and cheeks, whereas growth of all facial hair would constitute a beard."

They get into the Etymology of where the word Moustache came from: "The word Moustache comes to the English language via the Middle French Moustache which in turn is derived from the Old Italian Mustacchio which originates from the Middle Greek Moustaki, a diminutive of Greek mystak -, mystax upper lip, mustache."

Who was The Grand Mustacchio anyway?

This next bit made me giggle like a pre -teen: "Some common abbreviations for the moustache are stache, tache, tash, and mo. In Liverpool the moustache is known as a "muzzy". There are numerous humorous, derogatory or slang terms for the moustache mostly reflecting its resemblance to a variety of animals, its tendency to retain food and drink, its supposed magical powers, or its supposed aid in sexual activity. eg. pushbroom, soupstrainer, cookieduster, nose neighbour, flavor saver, mouth brow, dick-broom, etc."

Get down with the history of the Moustache:

"Shaving with stone razors was technologically possible from Neolithic times but the oldest portrait showing a shaved man with a mustache is a Scythian horseman from 300 BC.

In more modern history, moustaches have been worn by military men. The number of nations, regiments and ranks were equalled only by the number of styles and variations. Generally, the younger men and lower ranks wore the smaller and less elaborate moustaches. As a man advanced in rank, his moustache would become thicker and bushier, until he was permitted to wear a full beard."

Loved this caption: "Philosopher Friedrich Nietzsche raised the bar in terms of moustache thickness and size."

General Lew Wallace wore a full cookieduster and a long goatee; this was the style during the American Civil War.

"In Western cultures women generally remove facial hair, though many are capable of growing it and have done so, usually in the form of thin moustaches. Frida Kahlo famously depicted herself with both a moustache and a unibrow. This tradition is followed by some contemporary women in the arts. "

"An English moustache was formerly used in melodramas, movies and comic books as a shorthand indication of villainy. Snidely Whiplash, for example, was characterised by his moustache and his cape. It should be noted that stock character 1920's male attire is generally a top hat, a handlebar moustache, and a monocle. "

"In some countries, it was obligatory for soldiers to grow moustaches. The British Army, for instance, forbade the shaving of the upper lip by all ranks from the 19 th century until the regulation was abolished by an Army Order dated 6 October 1916. "

The moustache in male adolescence:

"The moustache forms its own stage in the development of facial hair in adolescent males. There is a definite order in which facial hairs usually appear on the male face during puberty:

The first facial hair to appear tends to grow at the corners of the upper lip, It then spreads to form a moustache over the entire upper lip, This is followed by the appearance of hair on the upper part of the cheeks, and the area under the lower lip, It eventually spreads to the sides and lower border of the chin, and the rest of the lower face to form a full beard.

As with most human biological processes, this specific order may vary among some individuals. "

"Most men with a normal or strong beard growth must tend it daily, by shaving the hair of the chin and cheeks, to prevent it from soon reverting to a full beard. This necessity has engendered the invention of quite a wide variety of accoutrements designed for the care of a gentleman's moustache, including moustache wax, moustache nets ( snoods ), moustache brushes, moustache combs and moustache scissors. The moustache cup is a drinking cup with a partial cover to protect the upper lip from froth in the drink."

"Oh, it's in the dishwasher, sweetheart."

At The World Beard & Moustache Championships 2007 there were 6 subcategories in the moustache category:

Natural Moustache -Moustache may be styled but without aids. The hairs are allowed to start growing from up to a maximum of 1.5 cm beyond the end of the upper lip. No aids are allowed.

Dalí - narrow, long points bent or curved steeply upward; areas past the corner of the mouth must be shaved. Artificial styling aids needed. Named after Salvador Dalí who was known to sport such a style later in his life.

English - narrow, beginning at the middle of the upper lip the whiskers are very long and pulled to the side, slightly curled; the ends are pointed slightly upward; areas past the corner of the mouth usually shaved. Artificial styling may be needed.

Imperial - whiskers growing from both the upper lip and cheeks, curled upward (distinct from the royale, or impériale )

Freestyle - All moustaches that do not match other classes. The hairs are allowed to start growing from up to a maximum of 1.5 cm beyond the end of the upper lip. Aids are allowed.[3]

'Pancho Villa' moustache - similar to the Fu Manchu but thicker; also known as a "droopy moustache", generally much more so than that normally worn by the historical Pancho Villa.

Horseshoe - Often confused with the Fu Manchu style, the horseshoe was possibly popularized by modern cowboys and consists of a full moustache with vertical extensions from the corners of the lips down to the jawline and resembling an upside-down horseshoe.

Moustachio - bushy moustache, with hair sometimes growing down the sides of the mouth. Also known as the Nosebeard, or the Moustachio Fantastico, with mustachio being a US variant on the spelling.

Taylor moustache - a thin row of fine dark hairs along the upper lip. Sometimes known as the Lilibrow.

Pencil moustache - narrow, straight and thin like a pencil, closely clipped, outlining the upper lip, with a wide shaven gap between the nose and moustache. Also known as a Mouthbrow. See John Waters.

Hi, I'm John Waters. You wanted to see me?

Toothbrush - thick, but shaved except for about an inch (2.5 cm) in the center; associated with Adolf Hitler and Charlie Chaplin.

Walrus - bushy, hanging down over the lips, often entirely covering the mouth.

The GG - bushy hair grown only over the corners of the mouth, shaved in the middle. Named after musician and performing artist GG Allin, the most well-known wearer of the style.

"In North America and the UK, manly groups of men (co-workers, friends, and students) sometimes partake in moustache growing competitions. They are usually fun in nature and offer a bonding experience for groups of young men. The ultimate goal is to grow the most full and well-groomed moustache in the least amount of time, or over a fixed period.

In more serious competitions, the moustaches are seen as a symbol of male virility and the winner is usually seen as the most manly of the competitors. Many competitions exist, for example the North Bay Moustache League.

Some competitions are run as charity fund-raising events, with participants being sponsored for their moustache-growing and the money raised being donated to a selected cause. The rules for such competitions vary, but often include "forfeits" (donation-matching) for competitors who shave off their moustaches before the end of the competition. "

In the early 70's, Major League Baseball players seldom, if ever, wore facial hair. The practice had been widespread in the 19 th Century, but by the early 20 th Century it was rare for a player to sport a mustache or beard. As detailed in the book Mustache Gang, the Oakland A's eccentric owner Charlie Finley decided to hold a mustache-growing contest within his team.

Many of the players grew them, and Rollie Fingers' distinctive style is probably the best-remembered. When the A's faced the Cincinnati Reds, whose team rules forbade facial hair, in the 1972 World Series, facial hair was still sufficiently unusual in baseball that the Series was dubbed by media as "The hairs vs. the squares".

Thanks in part to the on-field success of the A's in the early 1970's, along with changing fashions, facial hair has again become very common among baseball players in the intervening years.

In some cases, the moustaches are so prominently identified with a single individual that it could be identified with them without any further identifying traits, such as in the case of Adolf Hitler or Friedrich Nietzsche. In some cases, such as with Groucho Marx and Charlie Chaplin, the moustache in question was not even real for most of their lives.

Frank Zappa is also very closely associated with his trademark imperial moustache. Zappa became so identifiable by his moustache that after his death its image was actually copyrighted by the Zappa Family Trust.

In 2007, the American Mustache Institute sponsored a vote for the "Top Sports Mustache of All Time" The winner was Keith Hernandez.

There are no comments for this post "The World Needs A Stronger Blog...: In-depth review of Wikipedia's Moustache page". Be the first to comment...