Types of facial hair. The Mustache: The Good, The Bad, and the Impossibly Difficult Grizzly Adam 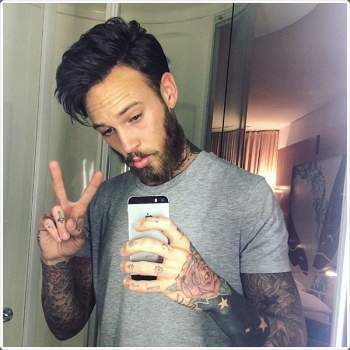 If you have ever even remotely considered growing a moustache, chances are good that you have been caught, even a short while, in the issue of what type to grow. Every self-respecting gentleman knows that you can’t just grow any old moustache. You need to grow something that matches your personality and your outlook on life. In an effort to alleviate this conundrum, this short piece should give you a good introduction to at least some of the possibilities for mustaches that are available, as well as some general thoughts as to the maintenance issues behind them. How to make a mustache look good.

This is an easy one. Think Tom Sellick, and you’ve got the idea. The Chevron is a mustache that is full and thick, covering practically your entire upper lip. The difficulty of maintaining this one is minimal since it only really needs thinning from time to time, and a trim every week or two. You could almost entirely leave this one to your barber during your haircut visits.

The Cowboy is basically a scraggly version of the Chevron. It’s really that simple. Think Sam Elliott, especially after a long and difficult day on the set playing ranch hands and other tough guys. The Cowboy is relatively easy to grow. All you need to do is to grow a Chevron, then let it get a little rough around the edges.

This doesn’t mean that you don’t need to trim it, just that you can’t do too good a job of it. Trim as you wish, but don’t be precise about it, and you will have a well-proportioned Cowboy. All you will need from there is a horse and a lasso.

This one looks almost like a pencil mustache, but it’s not since it has long hairs that are combed to the sides from the philtrum (that little indentation in the middle of your lip). The English takes a little longer to grow since the hairs are longer. Trimming also requires a little more precision to pull off nicely.

Think old-fashioned barbershop quartets. That’s it. This one is thick and bushy, with hairs that are longer on the sides so you can curl them upwards. This one takes a little more time and effort to get right since there’s more styling involved, but it often does wonders for your personality.

How to shape your moustache

Also, beyond a certain length, you need some mustache wax to keep the curl the way it should be, but it’s a nice, fun mustache to have. A variation of the handlebar is the petit handlebar, which is the same as the handlebar, except that the upward curls do not extend beyond the ends of the wearer’s mouth.

The Dali is reminiscent of the artist, Salvadore Dali, who is widely known for his narrowly-trimmed mustache with ends that utilize the magic of wax to stick steeply upwards. This one is a challenge to grow and is equally difficult to maintain. It should be attempted only by those who are experienced with mustaches.

The Imperial is another variation of the Handlebar, but it incorporates hair that is grown not only on the upper lip but on the cheeks as well. There are a lot of guys who attempt this one but give up since it does take considerable time and effort to make it look right.

There are a lot of men who consider a horseshoe to be a poor excuse for a foo man choo, but there are practical considerations for either one. The horseshoe, named like it is because it resembles a horseshoe or a goatee with the bottom and middle shaved out.

This is often accompanied by a so-called soul patch on the lower lip. This one isn’t hard to grow, or even to maintain, but it is a little tricky to pull off. Most of the time it looks like you are just kidding about a mustache. Others say this one looks like a foo man choo that didn’t quite happen.

The pencil is a tiny line of hair that grows right on the upper lip. The hair length is very short, sometimes barely over a five o’clock shadow, and straight as a board. Some guys can’t figure out how it could possibly be worth the effort to create it, but others who have the time and inclination to work at it make it work.

The Pencil takes a lot of time to trim and make sure it gets right, but if you have the desire, it can look good.

This is the biggest and perhaps the bushiest of the mustache styles. If it’s hard to visualize, just check out pictures of Grover Cleveland, and you will get the idea. The walrus gets its name, of course, from the animal, and in many cases those animals carry the style even better than the humans who try it, but it really is just an extension of the Chevron, just with a little more overgrowth.

A lot of guys who grow walruses do so after they attempt to grow a Chevron then, one morning, just say “To h*ll with it,” and let it become a Walrus. In fact, that’s a pretty good reason for growing one anyway.

Choose a style that works with your facial structure and your willingness to commit to good grooming habits. If you want to be lazy about your facial hair, you’re better off joining the masses that shave daily and don’t have the willpower to maintain a mustache. Beards and tashes are a status symbol and if properly maintained it shows a strong degree of discipline. Most importantly, they are an expression of yourself. The colors, texture and shape all say something about you, so take your time when cultivating your whiskers and develop a style you can call your own.

There are no comments for this post "The Mustache: The Good, The Bad, and the Impossibly Difficult Grizzly Adam". Be the first to comment...