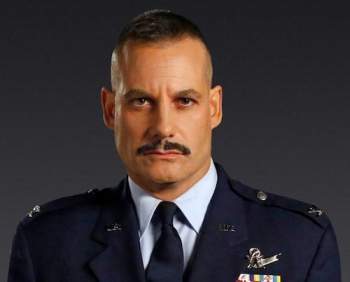 U.S. Army Captain Simratpal Singh has been granted permission to keep his beard and wear a turban to cover his long hair, making him the first active duty soldier to be given such exemption. But while Debra Wada, the assistant secretary of the Army, noted the exception was solely a religious accommodation — Singh practices the Sikh faith — she maintained that unit cohesion is still a guiding principle in the Army's grooming standards. Military mustache styles.

In recent decades, however, the U.S. military has had to ease a number of restrictions on appearances in order to shore up recruitment numbers and ensure inclusiveness.

Beginning April 30, the Navy will allow its service members to sport tattoos on their necks and behind their ears, USA Today reports. Though bodily tattoos can be of any size, those on the neck and behind the ears can only measure one inch in any direction. Given that some 40 percent of millennials are said to have at least one tattoo, Lt. Cdr. Nate Christensen, the spokesman for the chief of naval personnel, said this policy shift is about keeping up with the times.

"This is us just putting practices and policies in place that reflect tattoos in the nation that we serve," he said by phone. "We also want to make sure that we don't miss any opportunities to bring talented young men and women into the Navy."

The Navy didn't issue service-wide regulations about appearances until 1841, but it was then that the guidelines required short hair and trimmed beards of all of its service members. Still, whiskers could "descend more than one inch below the tip of the ear, and thence in line towards the corners of the mouth," according to a history of Navy grooming standards, thus launching a period of outrageous sideburns.

Though facial hair particulars shifted back and forth over the ensuing decades, with beards, hair, and mustaches required to be "neatly trimmed" from the Civil War through the 1960s, "neatly trimmed" was a shifting reflection of the cultural and socially accepted facial hair of the time. But sometimes, circumstances dictated the grooming standards: Beards could be kept on subs when access to hot water for shaving was limited. In 1893, the Navy requested permission to grow long hair so soldiers would have more head padding for their football games, as no one yet wore helmets.

But now, Lt. Cdr. Christensen said, tattoos are a focus for the armed forces. "There were changes in 2003, 2006, and 2009 regarding tattoos, but some of that was about cosmetic procedures, such as exemptions for permanent eyebrows in lieu of lack of eyebrow hair," he said.

In 2006, the Navy eliminated its previous "25 percent rule," which dictated that "no more than 25 percent of any limb or part of the body that does not show while in uniform, such as the back or torso, could be tattooed" and only required that no tattoos be visible through the summer white uniform.

Lt. Col. Jerry Pionk, director of public affairs for the Army, said the Army allows tattoos — though not on the neck, and none that are racist or offensive toward others. "Each branch of the service comes up with their own policy in reference to those portions, but there is a DOD (Department of Defense) outline," he said. "In general, no one can have extremist tattoos, Charles Manson style."

He added, however, that as long as they're not hateful, some ink can be visible slightly above the neckline. "You can't have gang or Nazi symbols, and typically none can be visible beyond the uniform lines of the class B shirt, or the long sleeve shirt with a tie. There are exemptions, like when you came in [the service]."

But Pionk clarified that Captain Singh's religious exemption aside, "Our current policies for grooming standards still apply to about 90 percent of the force, and the rest we grant on a case-by-case basis."

Beards, handlebar mustaches, and goatees are not currently permitted for men without exemption, nor can they sport braids, cornrows, or dreadlocks. This originally applied to women, which critics noted was particularly unfair to African-American servicewomen — a decision the Pentagon reversed in the Army and Navy in 2014 after criticisms of racism in the original decision to limit them and restrict "matted and unkempt" styles. They can now wear cornrows, some dreadlocked styles, and braids.

However, Pionk notes that the policy shifts have not been perfect over the years, and as a result, military branches have to adapt to keep up with the times. "We've had a significant attitude shift," he said. "We're perpetually changing and keeping more adept for the recruiting population and the American society at large."

Sometimes it's just about broader cultural and social changes. When women joined the military in the early 1980s in greater numbers — increasing by 12 percent over the decade — the Army revisited grooming standards, not just to address women specifically, but the entire service. "Tattoo policy in the '90s changed because cultural norms changed," Pionk said.

Pionk says it's a balance between shifting attitudes and recruitment but also "maintaining safety, discipline, and good order and unit cohesion." Other restrictions are about functionality. No piercings are allowed in the Army, which Pionk said is just about safety and hygiene in the field. "You do one low crawl on your belly and have a nipple ring, and that rips off, trust me, you'll never want one again."

But other policies have shifted because technological advancements have allowed them to do so. Old hair restrictions were often about helmets made of steel and metal that required one's head to be shaped a certain way, he said. "Now as we've changed those technologies, we can accommodate a little more. A giant extreme hairstyle couldn't fit, but if you're kind of in there, we can make a lot of things work now."

Pionk notes that there was a time when the Army prescribed makeup for women, limiting the eyeshadow and lipstick colors, things he calls "sexist in their own right." Now, women aren't required adhere to specific colors, and there are allowances for certain jewelry and longer hair, provided it's secured neatly.

Asked whether the shifting attitudes toward gender inclusivity might mean that one day it would be acceptable for men to wear makeup if they wanted, Pionk said anything was possible. "As we broach the subject of the future and transgender policies, we might one day. Who knows? We may change the whole tune in some ways."

After all, he added, camouflage is a form of makeup.

"And look at tattoos," he said. "They used to be underground, and often it was people in the military coming back with tattoos from wars they'd been in. It was never a big thing amongst the civilian population in the '90s, but older, more conservative folks didn't have them. Now I have one, about the size of the palm of my hand, and it's hidden, and it's up to Army standard."

Still, despite keeping up with the times, Pionk said branches of the armed forces must keep up professional appearances and maintain safety, discipline, good order, and unit cohesion. "But you have to have some flexibility. We are drawn from the American people, and the American people have changed," he said.

There are no comments for this post "Tattoos, turbans, and the military's evolving style standards". Be the first to comment...