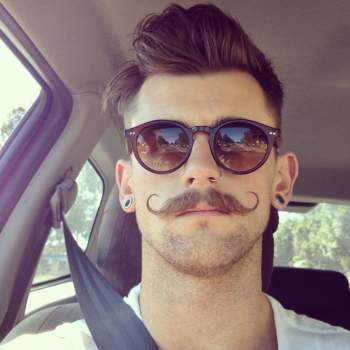 It’s that time of the year again! Beards, goatees, and mustaches are everywhere during “No-Shave November.” And now that December is almost here, those who haven’t touched a razor all month are probably rocking some particularly gnarly facial hair. Attractive mustaches.

But why? What exactly is this phenomenon and how many are actually participating?

No-Shave November has its origins as “Movember” in Australia in 1999 when several guys decided to grow mustaches (also called a “mo”) during November for charity. An unrelated group of guys devised this idea again in Australia in 2003, deciding to grow mustaches to see if they could bring the style back. As its popularity grew through the years, they decided to “grow for a cause,” specifically fundraising to support prostate cancer research. The Movember Foundation, which they founded, is still active with the mission to “change the face of men’s health” by tackling men’s health issues including prostate cancer, testicular cancer, and mental health and suicide prevention.

Somewhere along the way, as word of this movement grew and spanned countries, it shifted from being just about the “mo” to forgoing shaving entirely, and “No-Shave November” was born. It seems that No-Shave November’s origins as a fundraiser for men’s health are mostly forgotten in the U.S., and for many men (and even women!) who participate, it’s just a good excuse to be lazy and to skip shaving.

In 2009, however, one family decided to return the facial hair aspect of November back to its roots of fighting for men’s health, specifically through raising awareness for cancer. The Hill family of Chicagoland, whose father passed away from colon cancer in 2007, founded “No-Shave November,” a web-based, family run non-profit organization devoted to growing cancer awareness and raising funds to support cancer prevention, research, and education.

Their organization encourages participants to grow facial hair as a symbolic reminder of cancer patients who experience hair loss during their cancer treatments and to give the money they would be spending on facial hair grooming instead to a cancer prevention, education or treatment non-profit. Over the past 6 years, the movement has raised over $2 million dollars for non-profits like the American Cancer Society and St. Jude’s Children’s Research Hospital.

But what do most college students know about this movement? Is facial hair attractive? Are there automatic images that come to mind when you think of a man with a beard? We asked some students at Radford University what they thought.

Although nearly half of the students we talked to said they either were participating or knew someone who was participating in No-Shave November, only 35% knew that it was related to cancer awareness.

Women stereotypically dread No-Shave November, being forced to be close to and kiss the unkempt and unhygienic faces of their boyfriends and husbands. In fact, a recent study by Gillette in collaboration with Tinder found that of 100,000 anonymous, college-age male Tinder users, 74% percent of “right swipes” went to men who were clean-shaven. Furthermore, the guys with no beards had a 37% higher chance of finding a “match” than their hairier peers.

However, we asked RU students which types of facial hair they found attractive ranging from clean shaven to a full beard (being able to check all that apply). While 53% of females said that they thought clean-shaven was attractive, a surprising 63% of those same women also indicated that facial hair (a full beard, goatee, or mustache) was attractive to them. So, it looks like the RU men participating in No-Shave November may be in luck.

Assumptions About Those with Beards

When we asked participants if they saw a Caucasian man with a full beard if they would automatically think of him in a certain way, we found:

14 said they would think he is friendly/safe

21 said they would think he is a hipster

Moustache for round face

21 said they would think he is a lumberjack/redneck

10 said they would think he is intelligent

1 said they would think he is unfriendly/unsafe

So, whether you grew the beard because you’re lazy or you’re the rarity and you did it for cancer awareness, it seems that, according to our survey, people will automatically think certain things about you. However, contrary to what some research has shown, most students we talked to thought facial hair was attractive and indicated a friendly or safe person.

The fact that most students were unaware of the purpose behind No-Shave November seems to confirm the disparity between the widespread knowledge about breast cancer awareness month in October to November’s much lesser highlighted cancer awareness movement, specifically those cancers that more prominently affect men.

While we at Valley Women’s Clinic focus mostly on women’s health, we also care greatly for all you men out there. We want you to live healthy lifestyles and to make good choices when it comes to your health. Because we know that, especially when it comes to sexual health, men’s health and women’s health go hand in hand. So in honor of No-Shave November, we hope you’ll take some time to think through how to make healthy choices for your physical, mental, and sexual health in the coming year. Whether or not that involves growing out your facial hair is up to you.

Valley Women’s Clinic provides free and confidential STI testing for chlamydia and gonorrhea for men and for women. Request an appointment for our Blacksburg or Radford office.

Consider checking out some of our other blog posts that are relevant for men’s health and wellbeing:

There are no comments for this post "No-Shave November: What Do Women Think of Facial Hair? - Valley Women s Clinic". Be the first to comment...