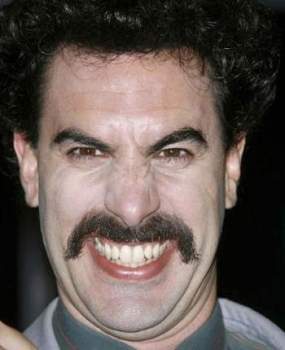 Squeals of delight can be heard from facial hair aficionados across the land upon devouring the newly released trailer for Bad Country. Willem Dafoe and his expansive mustache square off against Matt Dillon’s equally stunning example of facial masculinity in the upcoming thriller from first-time director Chris Brinker. The film, previously known as Whiskey Bay, is being distributed by Mandalay Pictures and will likely be released in digital formats and direct-to-DVD later this year. Bad mustache.

Inspired by true events, Bad Country follows contract killer turned police informant Jesse Weiland as he battles against his former criminal employer throughout the Louisiana Bayou. Amy Smart, Tom Berenger, Bill Duke and Neal McDonough fill out the excellent supporting cast. Unfortunately, early impressions of the film have not been favorable. Audiences have become numb to the typical cop and robber stories and this trailer does not do much to give an impression of originality. That being said, nearly all of the actors are sporting distinctively 1970s era facial hair and the trailer is worth a look simply to see a time period when people wore these kinds of styles without a shred of irony.

Fans of The Boondock Saints will appreciate Brinker’s contributions as a producer to that cult franchise and in his small acting role in the first film. Sadly though, he passed away on February 8th, 2014 from aortic aneurism and will not be able to see the completion of his directorial debut.

What do you think of the facial hair in Bad Country? Does it offer you enough incentive to seek out the film? Let us know in the comments below.

There are no comments for this post "Check Out Willem Dafoe s Epic Mustache In First Trailer For Bad Country". Be the first to comment...