Moustaches. What Are the Lamest Mustache Styles?, Answers Everyday 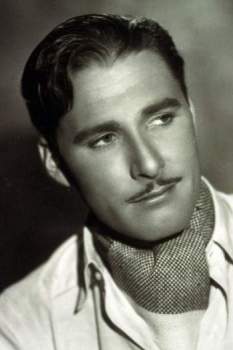 The I Ching, one of the Five Classics of Confucian philosophy in China, speaks of facial hair as superfluous. “To devote care to it for its own sake, without regard for the inner content of which it is but an ornament, would bespeak a certain vanity.” Pencil moustache guide.

While this might be faintly damning of mustaches, there is implicit another idea, that mustaches as ornaments can convey certain aspects of one’s inner nature. Consequently, if you are the kind of man to take the brave step of growing out a fabulous mustache, make sure that what inner nature you convey is not an inner nature of pure lameness.

How to rock a mustache

A man who wears a handlebar mustache, a thick, sculpted and bushy bow that curls up at the points, suggests he is the kind of man who fights dirty, so it is therefore lame. Lamer still is the man with a petite handlebar mustache. It is not cute. It is the desperate look of a man who not only fights dirty, but is also petty himself, so there are lots of fights.

Not every mustache is lame, however. While the Fu Manchu may bespeak a certain pristine level of sinister greatness, the English mustache, another that has grown to really long strands on either corner of the mouth, suggests a fighter with strength, pride, toughness, and nobility. An English mustache is bushier and thicker than the Fu Manchu and its points stick straight out to either side, defying gravity.

The Dali is the opposite of the Fu Manchu because its strands bow upwards. If the English mustache defies gravity, the Dali makes a mockery of gravity. It suggests vision, or perhaps, madness. It is up to you to decide whether the Dali mustache is lame or not. It cares nothing about your silly bourgeoisie pretensions.

No mustache is quite so lame as the Imperial mustache. Nothing says overcompensation like the ultra-thick Imperial mustache that bows upwards too, but like two biceps flexing. Unfortunately, rather than suggesting strength, the Imperial suggests excess, the kind of man who takes himself way too seriously. Wear this mustache and prepare to feel ridiculous often.

A special place in the lameness pantheon of mustaches is set aside for the toothbrush mustache. Famously worn by Charlie Chaplin, it might have committed itself to history as gracefulness personified. Unfortunately, it was also the mustache worn by Adolf Hitler, which poisons any chance it might have for grace. So associated with unbridled evil is this mustache, often dubbed the Hitler mustache, that it simply requires no describing; we all know of which mustache I speak.

So if you grow out a mustache, give special care to who has worn such mustaches in the past. Is this the image you want to convey, the sense of self you want to suggest? Remember, in the movies, it is often the villains who wear the mustaches and can twirl them around their fingers as their evil scheme unfolds. Do you really want to be that guy?

There are no comments for this post "What Are the Lamest Mustache Styles?, Answers Everyday". Be the first to comment...