How to grow a full mustache. All You Need to Know About the Chinstrap Beard 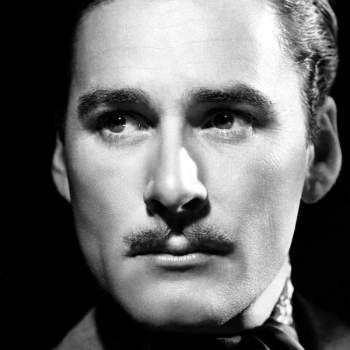 So You’ve Decided to Grow a Chinstrap Beard?

When it comes to facial, the chinstrap beard is by far one of the most misunderstood styles (and also one of the hardest to pull off). The true chinstrap beard is only a very thin, short line of hair that only follows the outer edges of the face and jawline, meaning it doesn’t include a mustache. That being said, there are actually numerous versions of the chinstrap, as it can be combined with a mustache or goatee. How to trim a pencil thin mustache.

In the past, men like Abraham Lincoln popularized a much wider version of the chin strap that’s almost like muttonchops that meet in the middle of the chin. This style, technically referred to as a chin curtain, has recently made a comeback thanks to guys like David Ortiz, and while it’s not technically a chin strap, we’ll include it here as the process for shaping it is quite the same (albeit quite a bit easier).

The choice of whether to include a goatee or mustache with your chin strap is entirely up to you, but for our money, we probably wouldn’t recommend a pencil thin chinstrap without one. Although it was popular in the 90’s and early 2000’s, most style experts would probably tell you it’s a bit outdated today. Check out our list of the best beard styles and best black men beard styles.

If you’re going with a thicker chinstrap ala David Ortiz or Melky Cabrera, you’ve obviously already decide not to include a mustache, as the addition of a mustache would basically turn the whole thing into a full beard. That aside, the biggest thing you’ll need to decide is on the width of your chinstrap beard. Although we wouldn’t recommend a pencil thin line for most men, this doesn’t mean that the line can’t still be thin, just not pencil thin.

Your decision of how thick you want the line to be should be based on the shape of your face, as you want the beard to complement the shape and accentuate your features. Overall, chinstrap beards work best on men with strong features, but the shape of the face still has a big role to play.

For men with rounder or wider faces, a thicker chinstrap is usually the best bet, as too thin of a line can make this shape of face look a bit fat ( best beard styles for round faces ). On the other hand, if you’ve got a sharper, more angular or thin face, you can trim the line a bit thinner as well. Keep in mind that when we say thin or thick here, we’re not talking the width of the line, not the length of the hair, which we’ll cover in the next section on chinstrap trimming and maintenance.

If you’re not sure about what width of chinstrap will look best on you, it’s always best to start wide and then gradually trim it thinner until you’re satisfied with the look.

Shaping, Trimming and Maintaining Your Chinstrap

Of all the possible facial hair styles, the chinstrap beard is probably the one that requires the most constant maintenance/upkeep and also the most precise trimming. In order to properly pull the look off, it requires extremely tight, even lines. Not only that, but those lines require almost continual maintenance, as this is one style that doesn’t look when it starts to grow out.

With a chinstrap, you should expect to shave and touch up the lines about every other day and absolutely no less than two times a week. Check out our videos/articles on how to shave your cheek line and neck line. Not only that, but you’ll also need to use your beard trimmer to keep the length trimmed up fairly short as well—that is, unless you’re going for the Abe Lincoln look (which basically went out of style with the man himself). Don’t worry, we have already done all the testing and research and have created a guide of the best beard trimmers for you.

As far as the actual length goes, this is another thing that’s a matter of preference, as some men can pull off a bit longer and thicker chinstrap, while others should definitely always keep it cut short. Still, even if you’re going for a bit longer of a chinstrap, we can definitely recommend that you at least fade it so that the sides are much shorter than the chin. A proper fade will help accentuate your jawline and also keep you from looking too much like Lincoln.

If you’re just starting to grow out your chinstrap, we’d recommend going at least three or four days (and preferably a week) without shaving before you start to style it. This way you’ll have more facial hair to play with and also a much better idea of what the finished product will actually look like. Not only that, but a half filled in facial hair style always looks bad, no matter what style it is.

At the end of the day, there’s no doubt that the chinstrap style is definitely not for all men. Nonetheless, it can also be an incredibly flattering, manly look for men who have a certain shape of face and are willing to put in the time it takes to pull it off. Don’t forget that no matter what beard style you choose, be sure to keep it trimmed and health with a first-rate beard oil or top notch beard balm.

There are no comments for this post "All You Need to Know About the Chinstrap Beard". Be the first to comment...