Short mustache with long beard. How to Master the Imperial Mustache Style 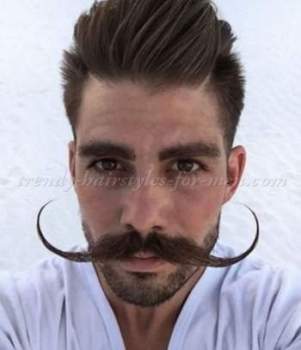 The Imperial mustache was named after its most famous wearer: Kaiser Wilhelm the second, the last emperor of Germany. Without a doubt, a great looking Imperial will give you the air of royalty and authority as it is a bold and daring look. Though not often equated with modern styles of facial hair, many enthusiasts are trying to bring back the Imperial in today’s world and adapting it to the look of more modern times. The imperial mustache.