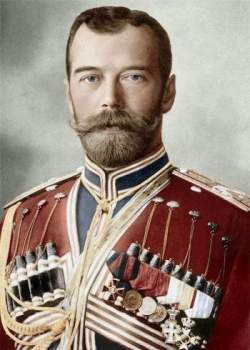 Beard after beard, and mustache after mustache, competitors in the “2014 World Beard & Moustache Championships” lined up on stage at the Keller Auditorium last Saturday to see how their facial hair stood up — or stood out — against others from around the world. The imperial mustache.

Competitors were judged in a multitude of categories, ranging from full mustache, to Garibaldi, a category that requires competitors’ beards to be full and round, and not exceed 20 centimeters.

World Beard USA sponsored the event, which took place in Portland for the first time. Phil Olson, captain of World Beard USA, said he thought the event was a success, despite some delays during the second half of the competition.

“We did have some unexpected problems come up in the second half of the event, but all in all, I couldn’t have been more happy about how the day went,” Olson said.

A majority of the competitors were from Oregon and Washington, but almost every state in the U.S. was represented in the event, including Hawaii and Alaska. Internationally, there were competitors from a variety of countries, including Iran and Canada.

Ethan Barrons, who teaches in Camp Sherman, Oregon, had competed at the national championships in Bend in 2010. This was Barrons’ first time participating in the world championship competition. Barrons has been growing beards or mustaches for the last decade.

“I enjoy growing a beard or mustache for the creativity,” said Barrons. “It’s a good form of expression. I think it’s ultimately the best accessory a man can throw down.”

Barrons competed in the partial beard freestyle category. Although he did not win first place, the crowd showed their appreciation through loud applause when he appeared on stage. (To see how Barrons styles his beard, watch the video at the top of the page.)

Many of the competitors were visiting Portland for the first time and they were pleasantly surprised by the audience turnout.

“I had no idea there was going to be so many people,” said M.J. Johnson, who won the Imperial Partial Beard competition at Saturday’s event.

The auditorium was packed to the brim with people yelling out the numbers of the competitors they thought should win after the participants walked on stage to vie for titles in their respective categories.

Each competition was judged by a different set of criteria. Some categories were based on show, and others were based on length and size of the beard. Judges included Dr. Allan Peterkin, an expert on the science of beards, and Miss Oregon 2014 Rebecca Anderson.

The 2015 World Beard & Mustache Championships are scheduled to take place in Leogang, Austria on October 3, 2015.

Here’s a list of the winners in their respective categories:

There are no comments for this post "Hundreds Pack Portland For 'World Beard and Moustache Championships' . Arts Life , OPB". Be the first to comment...