How trim a mustache. Guys ShoYoMo: Blue Cross wants you to grow your mustache to change the face of men’s health 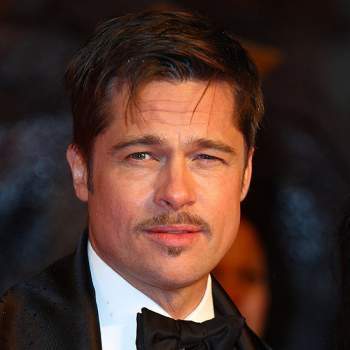 Facial hair. It just makes a man better, and now Blue Cross Blue Shield of Michigan is jumping on that bandwagon to change the face of men’s health. Guys mustache.

The Blues are encouraging men not to shave their mustaches during November to raise awareness of the risk men face from prostate cancer and to encourage them to get checked. If you’re over 45 the Blues want you to be “real men,” set up a prostate cancer screening and take charge of your personal health. (Ladies, urge your guys to get screened.)

The mustaches are symbols of a nationwide movement referred to as “Movember,” championed by the Movember Foundation. Movember has been raising awareness about the dangers of prostate cancer for more than a decade.

“Movember and the Movember Foundation aim to increase early cancer detection, diagnosis and effective treatments, reduce the number of preventable deaths in men and encourage them to adopt healthier lifestyles,” says Dan Loepp, BCBSM president and CEO. “Men make only half the visits they should to their doctors for preventive checkups. We’ve got such an opportunity to save lives just by making men more committed to their own health needs.”

The Michigan Blues are adding to the camaraderie of Movember by extending the campaign to social media, where men can use the hashtag #ShoYoMo on Twitter to engage each other and share comments and photos of their moustache-growing efforts. In addition to spreading the word through facial hair and social media some special things are planned.

First, the Blues billboard on Jefferson Ave. will proudly “show its mo.” If you don’t see that, AHealthierMichigan.org and MIBluesPerspectives.com will feature stories about survivors of prostate cancer to encourage you and help show you why this is important.

Now that should really be enough, but there is still more. Information about prostate cancer and Movember will be passed out at U of M pre-game tailgate parties before games on Nov. 10 and 17 and at the Michigan State game Nov. 17.

Still not convinced? Well, then you must have both a heart of stone and very difficult to impress. Luckily there is more.

You’ll be among some very famous Michigan mustachios like former Tiger Jack Morris. You can check them out on the Blues A Healthier Michigan site.

For those fans of pageantry, the Blues will sponsor a running float in the form of a giant blue mustache in the Thanksgiving Day Parade. A team of volunteers will be among the crowd, encouraging attendees to take photos, Tweet their Movember moustache using #ShoYoMo and visit to view their photo featured in Changing the Face graphic. The Blues also plan to incorporate a large blue moustache as part of their annual running float in the 2012 Turkey Trot.

On top of that there will be a contest weekly to show support via twitter (#ShoYoMo) and Facebook with a chance to win signed memorabilia from Detroit Lions Quarterback Matthew Stafford.

Finally on Thanksgiving Day at the Lions game, men will be encouraged to take a pledge to improve their health. The first 2,500 to take the pledge will receive a limited-edition Matthew Stafford/Movember fathead (5”x7” size). Also those who don’t or can’t grow a moustache can get one painted on at the game to show support.

Each week the Blues will call attention to one of the important parts of battling prostate cancer. It is important to get checked at every age milestone. You need to know about the risks of prostate cancer, know your cholesterol and blood pressure numbers and finally help avoid depression by knowing the symptoms and asking for help when you have a problem. Yes guys, you have to talk about issues you’re dealing with in life and (yes, I know this isn’t a guy thing but …) talk about your feelings. It could save your life.

The most important thing, however, is for men to get checked. According to the Centers for Disease Control (CDC), men age 45 have a 1 in 2,500 chance of being diagnosed with prostate cancer and at age 50 the risk increases to 1 in 476.

So, guys, grow your mustache, go out and get checked and show your support.

2 comments on “ Guys ShoYoMo: Blue Cross wants you to grow your mustache to change the face of men’s health ”

There are no comments for this post "Guys ShoYoMo: Blue Cross wants you to grow your mustache to change the face of men’s health". Be the first to comment...