Pencil line moustache. Walking the Berkshires: "A Kiss Without A Beard is Like an Egg Without Salt" 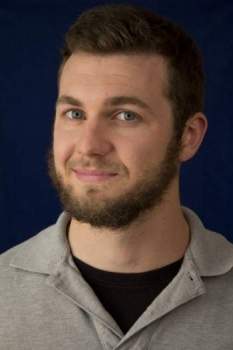 "A Kiss Without A Beard is Like an Egg Without Salt"

If this is not truly a proverb, it should be. Time was in our society a beard was a mark of status and distinction. It commanded respect, conveyed maturity and, like the lion's mane or the peacock's tail, was an unmistakable sign of masculine virility. Back in the heyday of facial hair in America - the period between our Civil War and Europe's Great one - whiskers were oiled, shaped and groomed into a vast array of styles, one of the few areas in the rigid codes of men's attire (particularly among the well-to-do) where a man's individuality was allowed to flourish. Beard without mustache.

In contrast, today's white collar males set themselves apart with their neck-wear. No American president since William Howard Taft has boasted even a modest tuft of hair on his upper lip while in office. It would be rare today to find a corporate type who would sport the noble beard of my Great-great grandfather Samuel Barker Jr. (shown at right), himself a successful businessman in the late 1800s.

Although the beard has made a modest comeback in the past decade, bearded men are still not the societal norm and for certain careers beards are discouraged, if not banned outright. UPS and the military, albeit for very different reasons, severely limit facial hair. Unless you are on duty in the special forces or a submariner, you cannot cultivate a beard in the US military, and UPS allows only a trim mustache.

The beard's mainstream decline in the 20th century came after a glorious century of facial hair fashion. For America's upwardly mobile and aristocratic classes, English fashion set the standard in the 1800s. Side whiskers such as though worn by my Gr-gr-great grandfather John Owen Stearns (shown at left in an engraving from the 1850s) dominated the 1st half of the 19th century. Other beard styles of this period included the "chin strap" worn without a mustache (think Captain Ahab) or the military style favored in Europe with luxurious, out swept side whiskers and cultivated mustache. This style was popularized by Union General Ambrose Burnsides, from whom we get "sideburns", and incorporated the mustache into the whiskers above a bare chin. My ancestor Henry Morse Olmsted (at right), still sports this style in the late 1890s, by which time it was somewhat outdated and the mustache was in ascendancy.

Another Gr-Great Grandfather of mine, William Nisbet Olmsted, left a photographic record of the dizzying variety of facial hair styles he wore from the late 1850s to mid 1890s. Like his uncle Henry M Olmsted, he also wore whiskers in the Burnside style, but he started out as a young man with a down turned mustache. After his month of service with the 7th New York Regiment, during which they saved the Capitol while stealing the stationery, he grew the full beard and mustache without side whiskers shown at left. The beard alone in this style would have stretched the width limits of a broad goatee. The American Civil War launched the full beard into the gaslight of fashion, popularized by soldiers on campaign with limited opportunities for shaving, and grown to truly impressive lengths by the officer class. In the 1870s, William Olmsted grew a long handlebar mustache, but near the end of the decade he finally arrived at the style that was to be his crowning glory: a magnificent squared and forked beard, swept back in a broad brush with a long, tapered mustache. He wore this beard while living in San Fransisco in the late 1870s and for the next decade while in Elizabeth, New Jersey. Were he alive today with such a beard, he might well be a successful competitor on America's team in the World Beard and Mustache Championships. He might even blog about it.

My gr-great grandfathers were from a generation that was truly the acme of American facial hair fashion. Those in my mother's line are best documented in photographs, and all four of those gr-great grand sires appear in this post.

We have already met Samuel Barker Jr. His son Raymond married Alice May Martin, the daughter of the gentleman shown at left. John Thomas Martin was a Great Lakes sailor for more than two decades, rising from cabin boy to Captain. At one time he was master of the Schooner "Walrus", and his down curved mustache seems very much like the tusks of its namesake. Another beard style, the Imperial, makes an appearance on the face of Gr-great grandfather Dayton Ogden, shown at right in a photograph taken in the very early 1900s. The Imperial differs from the Van Dyke in that in incorporates the mustache into its pointed goatee. This style, closely cropped, is more common than other beards on today's chins, though genetics may play as much of a roll as the dictates of contemporary fashion. Anecdotal evidence and long observation (full disclosure: bearded men check each other out) suggest that white American males are capable of growing less hair on their cheeks than those of earlier generations.

The beard became a liability during WWI, when it apparently interfered with the proper fit of gas masks and was impossible to keep clean in the trenches. Only the French Poilu or "hairy one" went to war with a beard, and ever afterward the clipped military mustache became the single style of facial hair allowed in most branches of service in American and western European armies. Association with revolutionaries - whether anarchists from Eastern Europe or comrades Che and Fidel - brought the beard into further discredit, as did America's obsession at mid-century with all things hygienic. Hippies didn't help matters (nor, it must be said, does its prominence in the Middle East) and by the 1970s the beard became thoroughly counter cultural.

Which may explain why, with a single brief exception, I have not seen my upper lip since I turned 18. A few weeks without a razor, or 15 minutes with clippers before the bathroom mirror, is all it takes to transform from one style to another. And most fortuitously, I married a woman for whom "a kiss without a beard is like an egg without salt" holds as true today as one suspects it must have done in my Gr-great grandparents' time. Someone must have found these hirsute gentlemen attractive, or I would not be praising their magnificent whiskers today. Good on ya, foremothers!

more: (1/26/2007): Turn's out it's a proverb after all, but not originally from southwest Africa, where I heard it, but Dutch. "Een kus zonder baard is een ei zonder zout." The Germans have a similar proverb about saltless soup. Both were colonizers of Namibia, so the fact a Damara-speaking woman would say this today is not as far fetched as it seems.

The comments to this entry are closed.

There are no comments for this post "Walking the Berkshires: "A Kiss Without A Beard is Like an Egg Without Salt"". Be the first to comment...