How to trim a bushy mustache. Ancient Celtic Hairstyles, Synonym 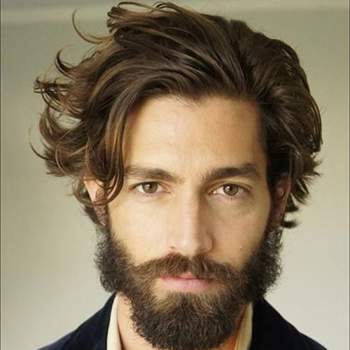 The ancient Celts had such a distinctive hairstyle that the Romans named the Celtic heartland "Gallia Comata" or "Long-Haired Gaul." Long hair was a status symbol for the Celtic warrior class, and particular hairstyles may have had spiritual connotations to the warriors who preferred them. Hairstyle with mustache.

The Celts were not a single unified people, but a number of different peoples who lived in central Europe and western Europe during the Iron Age and spoke related languages belonging to what modern linguists call the Celtic language family. Although the explorer Pytheas of Massalia described Ireland and Britain as being north of the Celtic lands, the inhabitants of these islands also spoke Celtic languages. Considering the diversity of the ancient Celts, any statements about Celtic hairstyles will be generalizations. However, writers describing the Celts of Gaul and Britain usually emphasized the Celtic fondness for long hair. For instance, the Roman writer Dio Cassius described the Celtic warrior queen Boudica as having hair that hung all the way to her hips.

Celtic warriors favored fierce-looking hairstyles. The writer Diodorus Siculus claimed that Celtic men would use lime water to wash their hair, allowing them to shape it so that it looked something like the mane of a horse. A coin depicting the Celtic war leader Vercingetorix shows his long hair streaming out behind his head as if stiffened with lime. Warriors favoring this horse-mane hairstyle may have been trying to invoke the aid of the Celtic horse goddess Epona, according to "Lords of Battle: The World of the Celtic Warrior" by Stephen Allen. Lime water may have been used to create other intimidating hairstyles as well. A pot found in Essex shows Celtic cavalrymen with spiky hair, according to "Animals in Celtic Life and Myth" by Miranda Green.

Celtic noblemen always wore large mustaches but preferred to be otherwise clean-shaven according to Diodorus Siculus. Some commoners imitated the style of the noblemen while others wore beards. A Celtic god depicted on the Gundestrup Cauldron has neat, short hair and a short beard, while the humans depicted in the same image appear to be clean-shaven. The famous statue known as the "Dying Gaul" shows a Celtic warrior with the long hair and large, hanging mustache of a Celtic nobleman.

When the Romans conquered the Celts of mainland Europe and Britain, Celtic cultures remained independent on the fringes of Europe in Ireland and the Scottish Highlands. The ancient Irish wore their hair and mustaches long like other Celtic peoples, but also favored pointed beards, according to "The Archaeology of Celtic Britain and Ireland: C. AD 400-1200" by Lloyd Robert Laing. Irish women wore long hair, sometimes with pigtails. The Pictish women of Highland Scotland wore their hair to their shoulders. Pictish men had both beards and mustaches. The last remnant of the Celtic preference for long and aggressive-looking hairstyles was probably the glib, a style that offended medieval Ireland's English rulers so much they tried to outlaw it. The glib was a set of bangs worn low enough to cover the eyes, leading the English to refer to Irish warriors as "shaggy-haired kerns."