Beard styles no moustache. 500+ Ways to Describe Mustaches: A Word List for Writers 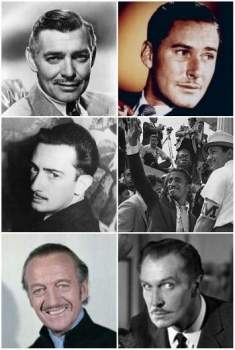 Studies confirm it. Sort of.

Most adults trust men with facial hair more than they trust those with none. However, some people detest mustaches and beards. Where do your characters fit?

Consider this male protagonist in the opening paragraph of a romance novel:

Brock waded toward Rebecca, his crooked smile framed by a salt-encrusted seafarer’s mustache. When at last he reached her, he pulled her close and kissed her. She inhaled the scent of his delectable nose-tickler—a sweet scent redolent of ocean zephyrs.

Movements of a character’s mustache and lips often provide clues about his underlying motivation(s). For example, if he’s pulling on or stroking his mustache, he might be mulling over a problem at work. Or maybe he’s thinking about a planned rendezvous with his mistress.

Unless your intent is to misdirect readers, include appropriate context. Exercise care with misdirection, though. Readers will only tolerate so much before they abandon a book.

Resting a finger on mustache

Covering lips and mustache with one hand

Rolling mustache between thumb and forefinger

Now, try this: If you don’t have a real mustache or access to a fake stache, draw one on your upper lip with an eyebrow pencil or dry-erase marker.

Stand in front of a mirror and watch how it moves as you mimic various emotions.

The way a character grooms or neglects facial hair will reveal truths about his personality.

Well-chosen adjectives create mental images that stick with readers. However, misplaced opinion adjectives muddle point of view, and too many stacked modifiers dilute rather than augment writing.

Visualize the mustache depicted by each adjective that follows. Some are serious, while others are humorous or deprecatory.

Some of the most memorable passages in writing stem from imaginative similes and metaphors. Here are a few to loosen your creativity gears.

A mouse of a mustache wriggled beneath his oversized nose.

He hid his insecurities behind a monstrous mustache.

His mustache functioned as an impenetrable [name of character who hates mustaches]-shield.

His mustache remained his most valuable asset.

His mustache reminded her of a bat nesting on his lip.

His mustache was a beacon of self-confidence.

His mustache, a curtain of virility to the women he met, obscured a sadistic twist of his upper lip.

His untamed mustache was as feral as his attitude.

Mustache color should complement hair color. Mismatches might imply that a character is wearing a false stache.

Whenever a person is exposed to scent, it transfers to facial hair. Your character’s mustache could retain smells such as:

Some of these shapes and styles function well as nouns. For example:

The Abe Lincoln on his upper lip reminded me of my father—honest but human.

He sported a handlebar that put my Harley-Davidson to shame.

Ensure that your audience will identify with the words you choose. While almost everyone in the world will recognize Einstein, Cantinflas might puzzle readers in Australia or Europe.

A pencil mustache might lie flat on the upper lip, but it can still grow, prickle, twitch, et al. These verbs will help you personalize mustaches that suit your characters.

Mustaches have existed for centuries, during which time people have referred to them in countless ways. This list contains a few modern monikers.

Mustache grooming affects how readers perceive characters. Likewise with skin flaws hidden under a stache. Others might not know about those flaws, but a well-informed reader will, and that reader will understand resultant interactions.

Although I couldn’t find any mustache idioms, some of the words in this post are cliché. Whenever you encounter a word or phrase that you’ve seen hundreds of times, transform it.

For instance, rather than refer to a mustache as a soup strainer, how about calling it an orange-juice sieve? A tea strainer could become a coffee filter. And a cookie duster, an Oreo whisk.