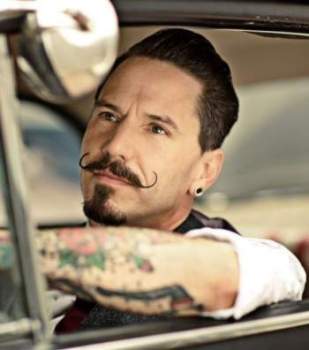 Listen up, aspiring super villains: Do you want to be taken seriously? Do you want to strike fear into the hearts of your goodie-goodie nemeses? Do you want your appearance to do all the talking for you in your rise to world domination? Gangster mustache styles.

All you need is the right facial hair. (OK, and maybe some skills / brute force, but you’re only as successful as you feel.)

The kids these days are into the throwback styles of yesteryear. Check out how your fellow baddies have carefully cultivated their image using these classic face sweaters.

Hyrule’s notorious enemy has come a long way since he first appeared as a pig in the original Legend of Zelda. He really arrived when he began sporting a Chin Curtain. (Style note: check out how his beard connects with his eyebrows! MAJOR HIPSTER POINTS.)

Video game history’s most infamous doctor of animal cruelty is usually too slow to catch Sonic the Hedgehog. That crazy mustache isn’t helping – I’m sure it has some wind drag. (Oh, the irony of “The Hustler” here.)

You may associate the four-armed freak Goro as the supervillain of Mortal Kombat. Really, Shang Tsung is the brains (and ancient skill) behind the operation. He originally sported a Fu Manchu beard before donning the Van Dyke style.

He’s got that scruffy, creepy cop look down pat. The five-o-clock shadow gives him special powers to scare away the young hooligans.

Bioshock’s artful, homicidal maniac. Sander Cohen certainly resembles an infamous Spanish surrealist, and we can thank this fantastically waxed mustache for it.

Ares (God of War) – The Klingon

Kratos may be known as “The God of War”, but the history books tell us that Ares is the original gangster of battle. It’s appropriate that his facial hair resembles that of another warring race.

Valus (Shadow of the Colossus) – The Old Dutch

The first colossus you encounter and an introduction to the enormity of your foes in Shadow of the Colossus. Valus is a Minotaur—facial hair is practically required.

Good-guy-turned-bad, many players have a soft spot for Big Boss in the Metal Gear series. His lovely Boxed Beard gives us that “Hey, I’m too busy building a military to care about keeping my facial hair kempt” vibe.

The fastest Russian gunslinger in the Metal Gear series has a particular affinity for American spaghetti western movies. Take one look at his Handlebar and this shouldn’t surprise you.

The propaganda-spouting doctor of Half Life 2 has an eerie resemblance to Sean Connery.

I’m not so sure Mega Man’s arch nemesis would make a good addition to soap operas. He better resembles a computer geek with his near-obsessive dedication to building robots. But hey, any soap opera that makes a star out of a computer geek has my seal of approval.

The man behind the curtain of Rapture, BioShock’s experimental underwater city. His Pencil mustache gives a touch of “I’m in control here.”

Konami’s interpretation of the Prince of Darkness is looking fabulousssss in his flowing cape, royal lace collar, and carefully manicured hipster hair. Nothing says “I am all powerful” like the Chinny Puff.

Well, of course Mario’s evil clone would have a variation of his iconic mustache. The jagged edges make him extra evil.

There’s another guy in town sporting The Super Mario: Mario himself. Few realize that he was actually a villain at one point in his career. Back in the old Nintendo Entertainment System days, there’s a game where you play as Donkey Kong Jr. to rescue your dad from the clutches of the mustachioed man.

There are no comments for this post "Video Game Villains Guide to Hipster Facial Hair". Be the first to comment...