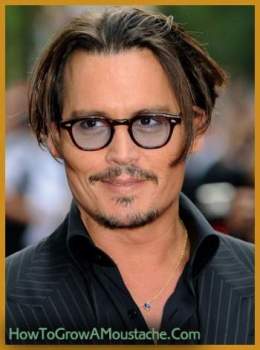 It’s Mustache Movember. Movember, or the month formerly known as November, is a month-long charity event that encourages folks to grow mustaches to raise funds and awareness for men’s health. You want to impress your bros with your stache while preventing your ladyfriend/boytoy from thinking you look like a Vietnam War protester. Stick to one or more of these sweet ‘stache styles, and you’ll be looking classy, adventurous, and straight up gorgeous on the slopes! Here are our choices for the greatest mustaches to shred your upper lip this Movember. Top mustaches.

This mustache, also known as the Hulihee, was first worn by Franz Josef, who was Emperor of Austria, King of Bohemia, King of Croatia, Apostolic King of Hungary, King of Galicia and Lodomeria and Grand Duke of Cracow from 1848 until his death in 1916.

What that says about him is obvious–he was an intense dude. If you want to look like a 19th century rock star and the kind of ripper who can get away with hucking old-school tricks or throwing a Tindy or a Tailfish that everyone KNOWS is ironic, the Franz Josef is the ‘stache for you. Fun fact: Mr. Josef rocked the Hulihee well into old age. Just more proof that it’s a solid whisker.

Rocking the Cowboy ‘stache says a few things about you. It says you’re tough; you won’t be crying in the landing after you bail on your frontside 360. It says you take no prisoners; you’re not going to wait for the person crying in the landing to move before you take off. It says you’re not afraid of anything; when your bros suggest hitting some of McConkey’s favorite lines at Squaw, you up the ante and bet the week’s beer tab on who can throw the gnarliest air off of a 65 foot cliff drop. Most importantly, it says you’re armed; if anyone tries to cut you off in the jib line, he or she is not going to get to the bottom of the hill.

If your idea of relaxation after a powder day is putting on your silk housecoat, sipping a snifter of brandy and a firing up a fine cigar, then the Gable is for you. This upper lip accessory let’s everyone know that you have unprecedented class. You entertain classy ladies, and your pad probably has an indoor pool with a swim up bar. If not, you know someone who does. It also lets everyone know that you NEVER lose your cool, but ALWAYS handle your business. Your buddies are jealous of your freeride steeze, but you never talk about it. You’re a true gentleman.

Let me tell you, this ‘stache marks a certain personality on the hill. Sport the handlebar if you’re a wrecking ball in the park or on the streets; a destroyer on the steeps and in the deeps. Cheap beer, plastic bottle whiskey and loud rock and roll are your idea of the perfect après… On second thought, you’ve probably never used the word après. People may call your lip-hat tired. Or played out. But you call it your best friend, and you know you could never replace your best friend. He keeps the snow out of your nose and the beer foam off the top of your glass, and when all is said and done, who else has ever done these things for you?

This perfect, bizarre, absurd, and other-worldy ‘stache can only be handled by someone whose mind is twisted, whose will is strong, and whose styling gel is even stronger. While wearing this ‘stache, you are more likely to believe that your friends’ faces are melting, that colors are a hallucination, and that life is only a dream, and you’re also infinitely more likely to spontaneously have a man in a wedding dress as a skiing buddy. Wear this mustache, and you are guaranteed to make the world scream.

In conclusion, face furniture is a very personal and deep subject for a lot of us. Tell us which Movember Mustaches you’ll be rocking this month in the comments below, and while you’re at it, why not send us photos of your work-in-progress? Your mother, daughter, or special someone may not like it, but it’s yours, and no one can take it from you. Happy Movember!

One response to “Top 5 Movember Mustaches for the Slopes”

There are no comments for this post "Top 5 Movember Mustaches for the Slopes". Be the first to comment...