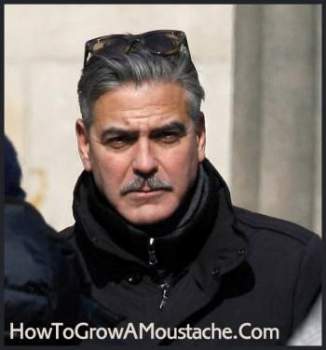 When it comes to facial hair, Kevin Love has shown a major ability to grow. Top mustaches.

TORONTO – Joe Harris might not have accumulated much playing time during the month of November for the Cleveland Cavaliers -- logging nine total minutes in three spot appearances -- but he has sprouted plenty of whiskers on his face, growing a mustache as part of the team's "Movember" effort.

LeBron James organized the group facial hair growth as a sign of solidarity while hoping to spread awareness for men's health issues associated with the cause, namely prostate cancer, testicular cancer and mental health problems.

Nearly all of the Cavs joined in. But as December draws near, some of the mustaches have morphed into beards or goatees, and others, namely Richard Jefferson 's, have fallen victim to a razor.

With only five days left in the month of November, handed Harris the Cavs' roster on a sheet of paper and a pen and asked him to fill out a special Movember Power Rankings for his team.

The following is Harris' top 10 list, followed by his reasoning behind each ranking.

1. Kevin Love -- "Kevin's facial hair is kind of like everybody's hairy uncle. He grows really thick facial hair. His mustache, even from the get-go, has been pretty good. If he was to shave everything else, it would stick out more distinctly than everyone else's. I think I would call him an inspiration. My facial hair is similar to his, so he's probably who I would model my facial hair game after."

2. LeBron James -- "His is pretty good right now. Especially with how he has the little twists growing on the sides. He's got like a little bit of the Rollie Fingers look to it. He changed it up on us. He's one of those guys; he wants to keep you on your toes."

3. J.R. Smith -- "He's been pretty good, even from the get-go as well. It came in surprisingly thicker than I thought it was going to be. He does have a goatee now though, which is against the rules a little bit. It's getting a little bit lazy. You're supposed to just keep the mustache, or handlebar, whatever it is. We've gotten away from that a little bit. I guess there is no rulebook that we're all following. We're kind of going off what we think is the best inspiration for us."

4. Matthew Dellavedova -- "Delly's is good. Delly's has come on strong and he's stayed true to it, too. He hasn't gotten away from it. He stayed with it the whole month. And he has shaved everything, except for his mustache."

5. Mo Williams -- "Similar to LeBron's. Surprisingly good. Actually, Mo might be the hairiest guy on our team, for real, so I shouldn't say I'm surprised to see his mustache grow the way that it has."

7. Tristan Thompson -- "It's not bad. He could rock it year round. That's the thing about T-Top. He's got those distinct kind of facial features. He could rock a lot of styles."

8. Anderson Varejao -- "He didn't really take this seriously, I don't think. I've seen him grow out a pretty good mustache before. He's been kind of trimming his down. Not his best effort."

9. Jared Cunningham -- "That's a solid 'stache. Jared's is subtle, too. Same thing as T-Top, he might keep that year round as well."

10. Richard Jefferson -- "I don't have words for R.J. He gave up on it. I'm disappointed in him, to be honest. I expected a lot better out of him. He's been in the league a long time. You want a strong veteran presence and he just let me down."

Harris was kind enough to offer up analysis for the rest of the Cavs' roster not on his list.

James Jones -- "Champ, he gets a pass just because he's the O.G., the uncle of the team and he kind of let us know from the beginning that he couldn't really grow the mustache. So he kind of gets a pass on it and we accept whatever he brings to the table."

Timofey Mozgov -- "His facial hair comes out kind of blonde, you know? It's like a high school facial hair kind of deal. That's what he's dealing with right now."

Iman Shumpert -- "The last thing he wants to start worrying about is facial hair. He's got enough to worry about on his head."

Joe Harris -- "Out of principle, I removed myself from the top 10. I'll let the other guys judge me."