Man hair mustache style. How To Get Ready For Movember The Bearded Bastard 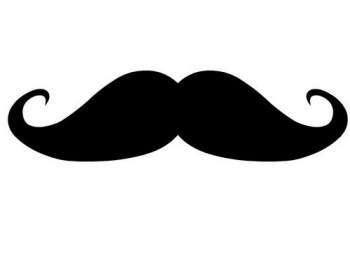 How To Get Ready For Movember

It's almost that time of the year, that month when facial hair takes center stage and we get to come together to contribute to a higher cause.

Movember started as a tradition amongst a group of friends in Melbourne, Australia to use mustaches as a way to spark conversations about men's health. In little more than a decade, the Movember Foundation has grown into a global charity tackling a wide variety of men's health issues.

Each November men around the world shave down and grow mustaches to raise money and awareness for men's health. Some do it just to spark the conversation with their friends and coworkers, while others do it to gather donations for men's health initiatives.

Interested in learning how you can be a part of the movement this year? Here's where to start.

For the second year in the row, The Bearded Bastard is putting together a fundraising team through the Movember website. To join just go to our team page and build your own profile.

Everyone that joins our team will receive a $100 donation to their fund from TBB — just to help you start your Movember on the right foot. And for those who raise the most money at the end of the month, we'll put together some thank you packages with exclusive TBB gear.

It doesn't matter if you're based here in Austin or on the other side of the globe. We want you on our team!

Remember that thing you used to have on your bathroom counter before you grew a beard? Yeah, you're gonna need it. The spirit of Movember means saying goodbye to your beloved beard for a little while in order to be a part of something bigger than yourself.

If you don't want to throw your money away on shaving cartridges at the pharmacy, a quality safety razor is the way to go. The Feather Double Edge Razor from Japan is one of our favorites. For only $25 you get a razor and 20 blades — more than enough to last you through the whole month.

Yes, on November 1st the time will come to shave off the beard and start back at zero. But don't worry, beards grow back.

Part of the fun is trying something different for a month and remembering what you used to look like clean shaven.

If you're afraid you've lost the touch during all this time away from shaving, leave it to a professional. There's nothing like an old-fashioned hot shave from your local corner barbershop.

By the second half of the month, you're probably going to be sporting a pretty solid mo'. Give it the attention it needs and keep it looking styled with your favorite scent of mustache wax.

You can also try the Palo Santo Beard + Face Oil from Newton + Co. to keep your skin moisturized while you take a break from beard oil for a month.

Most important of all — whether you decide to grow a mustache or not — is to use the month to talk about men's health. Too many men are dyeing prematurely, and it's made worse by the fact that guys don't like to talk about it.

On average, men die six years earlier than women. Prostate cancer rates are set to double in the next 15 years, and testicular cancer rates have already doubled in the past 50. Suicide rates disproportionately skewed towards men and men are living more sedentary lifestyles than at any time in the past.

Movember is a time to draw attention to the health risks that are most likely to affect men, and commit to changing the face of men's health.

There are no comments for this post "How To Get Ready For Movember The Bearded Bastard". Be the first to comment...