Men with mustaches. Am I sporting a mustache, or a social artefact? - The Globe and Mail 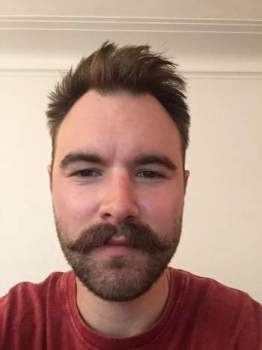 First Person is a daily personal piece submitted by readers. Have a story to tell? See our guidelines at tgam.ca/essayguide. First mustache.

I can remember attempting to grow my first mustache at about age 15. It was a bit sparse, but I felt it had real promise. In the early 1970s, growing a mustache meant a fellow was coming of age, since many famous rock stars and athletes of the day sported big ‘staches. In those days, the hairy upper lip normally accompanied shoulder-length hair, parted in the middle, with washing and grooming being optional.

Just to be clear, the mustache I’m referring to is the standalone caterpillar right under the nose – not the goatee or the full beard. These other configurations may include a mustache as part of their geography, but are distinct species within the follicular family and make very different fashion statements altogether.

As time passed, I entered the working world. Hairstyles and dress changed, but for me, the mustache endured. Graduation and wedding photos, along with family videos with young kids, all show it prominently.

I can’t pinpoint the date, but at some stage during my 30s, the mustache fell out of favour, without me noticing. I suppose it had occurred to me that younger men did not have the same affinity for the ‘stache. But suddenly, in 1998, at the age of 40, I looked around at work and in an office environment of about 50 men, I was one of only two guys still sporting the mustache. This disturbed me as I already knew the other guy to be rather uncool. That’s right – the other guy. With that, I shaved off the mustache and it hasn’t returned since. For weeks afterwards, I did a double-take whenever I encountered the strange new dude in the mirror.

Since I research and write on the subject of aging, I find the mustache to be a social artefact of special significance and fascination. You see, I have noted – based on my admittedly unscientific observations – that the mustache hasn’t actually disappeared at all. Rather, it has moved along with the aging strata of men who defined themselves by the ‘stache’s halcyon days of the last century. Now, at 60, I find myself near an inflexion point in the population, where many men older than I am continue to don the mustache, while those younger only rarely do. In fact, it’s become quite unusual to spot a ‘stache in a colour other than grey.

This might seem puzzling. When the fashion edict banning the mustache began circulating, did some men – now over 60 – not get the memo? After all, who wants to be lumped into the class with the “cheesy” (or worse)? Through my gerontological lens, I can identify several ways of explaining the lingering mustache phenomenon.

One explanation employs the aging stereotype. This line of thinking says we are all destined to hit an age when we become completely clueless with respect to fashion. Here, mustaches would fit with similar transgressions of my elders, including the fabled comb-over and the belt that secures the pants above the pot belly. Could it be that the same gene sequence that triggers grey hair and wrinkles also blunts all sense of style? Today’s teachings in gerontology – not to mention sociology, more generally – caution that stereotypes tend to be false and prejudicial. Still, I wonder what kernels of truth might be at the centre of those stereotypes about men my age and older.

A second construct of considerable merit is the "cohort,” which describes a group of people who were born around the same time and place and who were shaped by social events and attitudes in a similar way. For example, I remain convinced that the 1970s produced the only music of any quality in the past century. This axiom is confirmed by other enlightened people of my cohort.

According to cohort theory, what is cool for one age demographic may be quite different for another. This leads to the possibility that the mustache, although unappreciated by young adults, remains quite hip among the older set. A mustachioed friend of mine acknowledges that the younger ladies may not dig his ‘stache, but that chicks over 60 consider him a real hunk. You’d need to meet him to realize he must be kidding.

Third, there is a body of research that suggests our concept of self gels as we age, that we become more settled with who we are and that, as a consequence, we may become less willing to allow ephemeral rules of fashion to define or confine us. Thus, for a man whose mustache has been a part of his face for almost as long as his nose and chin have, there is little reason to alter his identity for the sake of someone else’s sense of style. I would advise older men with mustaches, in their defense, to rally around this line of reasoning.

For me, there’s no great desire to grow back the soup strainer of my younger days, even if the style were to raise itself from the ashes. And as for other old blokes with ‘staches, I’ll happily give them the benefit of the doubt as being sufficiently self-assured to ignore the whims of fashion and be who they want to be, while looking the way they want to look.

There are no comments for this post "Am I sporting a mustache, or a social artefact? - The Globe and Mail". Be the first to comment...