Thin mustache styles. Opinion: Yes, International Men’s Day is a real thing – and it’s worth supporting - The Globe and Mail 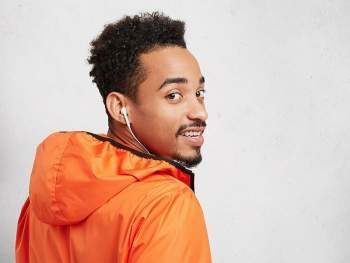 Jake Stika is the executive director of Next Gen Men, a Canadian non-profit that seeks to change ideas about masculinity. Teenage mustache styles.

As the executive director of Next Gen Men, a Canadian non-profit that’s working for a future where boys and men feel less pain and cause less harm, other organizations often ask me for my take on IMD. Should workplaces support it? Or will celebrating men be taken as an endorsement of patriarchy?

It’s a potential minefield, and I want them to go into IMD with their eyes wide open.

Let’s start with strike one against amplifying International Men’s Day: men are already overrepresented in media, politics, leadership, and other positions of influence and power in our culture. There is also a danger that, in recognizing IMD, we position it as equivalent to women’s or trans days of recognition, which it is not – those days mark the systemic oppression and marginalization those groups experience and are striving to overcome. Strike two.

By now you might be thinking, you know what, it seems a whole lot safer just to grow a mustache in support of men’s health this Movember. (And yes, it’s great if you want to do that!)

However, I do see value in people celebrating International Men’s Day. Here’s why:

The reality is that men sometimes feel left out of the conversation around gender. IMD is an opportunity to engage male-identified employees and leaders in conversations about gender norms and gendered experiences of men. This is a critical step for men to see themselves not just as allies, but as stakeholders in transforming the status quo.

For all the benefits the patriarchy bestows on men as a group, it also deeply harms individual men and boys in many different ways. One-third of boys think society expects them to be strong, tough, “be a man” and “suck it up” when they feel sad or scared. Suicide is a leading cause of death for teenage boys in Canada. As bell hooks, the trail-blazing writer on gender and race, said: the first act of violence that patriarchy demands of boys is not violence toward women – it’s toward themselves.

It’s particularly significant to mark IMD in the workplace, given that occupation is often a pivotal part of men’s identities. This is tied to the outdated idea that men’s primary roles are that of breadwinners. IMD is a good opportunity to evaluate how workplace cultures impact men across themes like asking for the help and support they need, fear of failure and judgment, not having people to turn to or ability to be vulnerable, and a lack of role models leading the way in transforming these experiences.

Inviting all men – queer men, trans men, men of colour, men with disabilities – and boys into the evolving conversation around what it means to “be a man” creates expanded possibilities for their identities and adds to the discourse around gender and equality.

IMD can also build allyship. When someone shows up for you, you’re more likely to show up for them. The hope is that seeing women and others’ investment in IMD can show that International Women’s Day (March 8), Transgender Day of Visibility (March 31), Transgender Day of Remembrance (November 20), Nonbinary People’s Day (July 14), and other gender-related days are opportunities for men to show up.

But another word of caution. If you choose to mark IMD, make it meaningful. What is International Women’s Day without closing the wage gap? A performance. In the same way, if you bring IMD to the forefront, make it relevant by celebrating men’s use of parental leave, or encouraging access to male-specific mental health supports.

How to get a thicker mustache

Initiating discussions about power and privilege is clearly more complicated than comparing mustache styles. But it must be done. The narrative of how boys and men are harmed by patriarchy is not yet an everyday conversation, and it should be.

By engaging people of all genders as leaders, role models and mentors who expand the norms of masculinity we’ve been given, we can build a future where boys are free to be themselves – and become the next generation of men that this world so desperately needs.

There are no comments for this post "Opinion: Yes, International Men’s Day is a real thing – and it’s worth supporting - The Globe and Mail". Be the first to comment...