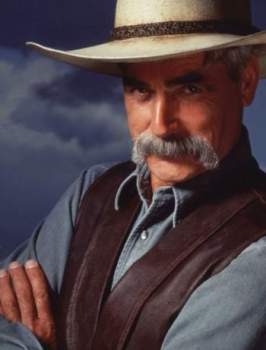 Who doesn’t like a beard? It can really add character to the right character. Gordon Freeman’s neat goatee fits his scientist-on-the-run persona, while Joel from The Last of Us has the kind of scruff only a post-apocalyptic survivor could have. Old west mustache.

But not all beards are equal. Some whiskers stand out more than others. So, when these video game characters step up to the plate, their bushy beards make the competition look like peach fuzz by comparison.

The Red Cyclone of Russia from the Street Fighter series has an intimidating look. He’s the size of a house, is covered in scars from fighting bears for training, and has a mohawk only big, mean wrestlers could pull off.

However, it’s all capped off by his beard. It adds to his burly, man-mountain design with its bushy yet angular look. Without this heavy-duty Borscht strainer, he’d look less like the Master of the Spinning Piledriver, and more like the Iron Curtain’s equivalent of Mr. Clean.

In the Metal Gear series, the Les Enfants Terrible Project was an attempt to recreate Big Boss, the world’s greatest soldier. But the clones it created, Solid Snake and Liquid Snake, weren’t perfect. Only the third child, Solidus, was an evenly balanced clone of the man. How can people tell? Because he got Big Boss’ beard.

Big Boss has had the full facial fuzz since his Naked Snake days in Metal Gear Solid 3, right when he began building up his reputation. After that, he destroyed multiple nuclear-equipped death machines on his own, including being able to lift one off of him in MGS: Peace Walker. Clearly, the beard is to Big Boss what hair was to Samson.

Facial hair was a boon to 8-bit programmers as it gave them an easy way to detail a character’s face. Mario famously got his mustache to show where his nose ended, and chin began. The same applies to Sir Arthur from Ghosts N’Goblins.

He’s basically a walking suit of armor with a face, with a giant bushy beard making up half his face. Even when one of the many, many, many enemies junk his metal duds, his beard still stands out over his love-heart boxers.

Beards can come in many forms. Some can make their characters look intimidating, but Dr. Light’s beard marks him out as one of the good guys. His fluffy, white fuzz softens his looks compared to his rival Dr. Wily’s giant, pointy mustache.

The good doctor is like the Santa Claus of robotics, right down to giving Megaman goodies to help him on his quest. He’s even managed this beyond the grave, as he’s littered countless upgrade capsules for his final creation X in the Megaman X games.

Speaking of intimidating, Kratos has always had facial hair in some form or another. In his classic games, he had a little, pointy beard that accentuated his frowns and grimaces as he ran through beasts and gods alike with his blades. By 2018’s God of War, he got a full, bushy beard that, like Dr. Light, softened that look somewhat.

He still looks mean, but also weary. He’s all raged out after 6 prior games of angry smashing. Yet he still needs to tap into that power to help his family. After years of being the Ghost of Sparta, his selective grooming has helped him switch to being the Dad of the Boy.

Of all the designs mimic characters have had in fighting games, Edge Master from Soulcalibur probably has the best one. Sure, he’s a typical old sage character, yet he isn’t a bean pole like Street Fighter’s Dhalsim, or a Master Roshi knock-off like Fatal Fury’s Tung Fu Rue. He’s a beefy, tattooed figure who looks like he’s mastered every weapon under the sun.

He has the outfit of a hero from Asian mythology, and the beard of a Viking warrior. His 2P outfit is particularly gnarly as it gives him a shaved head and an axe scar across the top of his bonce. It shows that, even when he’s posing like Ivy or dancing like Xianghua, he can still look mean.

How can a skull grow a beard without skin? Magic might do the trick, as the Monkey Island series’ perennial villain LeChuck has used it extensively. The evil pirate captain has taken on different guises across the games. He started off as a ghost, then switched between being a zombie, a demon, and other forms.

But his look has remained consistent throughout all his forms. Whether it’s a spectral tangle, a gross undead bush, or literal hellfire, LeChuck’s beard is as integral to his look as his giant hat and red jacket. If he doesn’t have a beard, he just isn’t LeChuck.

Insane hairstyles run in the Mishima family. Kazuya has a slicked-back spike right out of Dragonball Z. His son Jin took that look and added a little fringe. Lars Alexandersson’s hair turned into a blonde tsunami, and Mishima patriarch Heihachi Mishima is famous for his hair horns and Hulk Hogan mustache.

But Heihachi’s own dad Jinpachi shows that crazy hair doesn’t just apply to the head. He’s bald on top, yet he managed to fashion his beard and sideburns into two giant spikes. Even if they got clipped off, he’d still be the only Mishima with a full-on beard. While Heihachi’s look is more iconic, he can’t beat his dad when it comes to hair care.

This is an odd one, as Guan Yu was an actual person in Ancient Chinese history. Then he became a deity across multiple religions and a literary figure in famous folktales before he became a video game character. They didn’t have a lot of physical descriptions to go on for his looks, except that the famed tactician Zhuge Liang said he had a ‘peerless beard’.

So, the Dynasty Warriors games have made sure to make his beard impressive, often having it reach his chest or stomach. His sons Ping, Xing, and Suo have spent the latter games yearning to live up to their dad’s reputation as ‘the God of War.' Clearly, they should aim for one of his other titles first: ‘Lord of the Magnificent Beard’.

Is a dwarf still a dwarf if they don’t have a beard? The short, but stocky figures from fantasy fiction have been depicted with bushy beards for so long that it almost feels wrong to have a clean-shaven one. Fantasy fans even debate over whether dwarven women also have beards, as some can have them (see the Discworld series).

In gaming, it’s hard to think of a dwarf with a more epic beard than Muradin Bronzebeard from the Warcraft series. It’s giant even compared to the rest of the Bronzebeard clan, taking up most of his face and reaching down to his knees. He takes care of it too, plaiting it in an orderly fashion with clips to hold it in place. It’s these little extra steps that turn a face full of hair into the most glorious beard in gaming.

There are no comments for this post "Best Beards In Video Games". Be the first to comment...