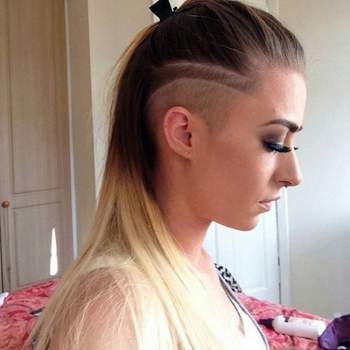 (2016) Cycling has so many traditional spin offs that add to the enjoyment of the culture. The peloton specifically demands new concepts to be proven over time before it gets adopted. That is, riders don’t pounce on something new just because it offers big results. It took years for the clipless pedals to get accepted. Pro riders did not adopt power meters the moment they were available to the masses. Stylishly, I don’t think I can go a year without sharing the road with someone sporting a handlebar mustache. Shaving style 2016.

It is reported that Fausto Coppi would not begin his morning routine with the team until each member had properly shaven for the day. I can appreciate this as a former hockey goalie. When things were looking good, I tried to replicate them on daily basis. I would eat the same meal, walk the same routes, and even listen to the same songs prior to a game as if to say to the hockey world, “See? I did my part!” Sometimes it worked.

But road cyclists and shaving are ubiquitous partners. Cyclists are looked upon with strange faces for having shaved legs. Either for aerodynamic purposes, or for massage ease, or for the standby abrasion cleaning, road cyclists have been shaving the legs for a century. The face, too, has been kept clean. Let's not forget the heroic Marco Pantani adding to shaved areas with his glossy shaved head. Though the strange belief that shaving the face the morning of a time trial takes important energy is also still in circulation. Stubble appears on the serious TT contenders at the start house.

What better way to keep with the tradition of riding roads like those of yore than with shaving instruments used by the same heroes? Straight blades were good enough for King Tutankhamun. It was the instrument of choice for America’s first leader, George Washington. The technology was relatively unchanged in those long stretches of time between the two. What killed the straight razor was the eventual introduction of multi-bladed, disposable cartridges that have evolved into the monsters they are today. If riders have time to go on multiple hour-long tours, a Sunday shave, too, should fit nicely into the lifestyle and schedule.

Then there’s also the interesting problem solving principle called Occam’s Razor, which has nothing to do with shaving itself. It’s concept named after a friar who lived in the 13th century and argued over the idea of argument explanations. It is a concept I’ve always been a fan of explaining that the easiest solution is the correct one until disproven. I’m sure by now you can see where I’m going with this. I have forewarned that, like cycling, the return to wet shaving can most certainly get out of hand as a hobby.

Before we begin with the review of wet shaving accouterments, there are most likely questions as to how a shave is considered ‘wet’ shaving when each style requires water. Typically the older style requires multiple passes, hot steamed towels, and so forth. So for the remainder of the article, ‘wet’ shaving regards any style using a straight or double-edged razor.

In the world of wet shaving there are three agreed upon styles of razors one could use to scrape off unwanted hair. These could be used as a ladder process, gaining confidence in putting a sharp object near vital areas. Or these could be the beginning of a collection to match the Colnagos, Merckxs, or Ridleys hanging in the garage. Let it get out of hand. It’s quality made, just like those bikes.

Before we discuss the oldest form of shaving, we advise learning on the ‘newest’ form of shaving on this list. Double-edged razors, or safety razors, became popular at the start of the 1900s. Double-edged razors are great for several reasons: they help a person transition from cartridge razors of today toward the single razor blade of the past. These are simple instruments consisting of a double-sided blade meant for multiple passes.

Like today’s cartridge, the blade was meant for disposal. Look in the medicine cabinet of your grandparents’ house. If there’s a slot in the back of the cabinet, it was installed to dispose of razors safely; a man just slipped it into the wall where it fell. (There are tales of contractors encountering disposed of blades years later when demolishing unlabeled walls.) The blade, however, was less waste. Presently it’s also much cheaper to buy in bulk. With a box of fifty blades going for five dollars, it’s a steal. Considering each blade can handle about five uses before requiring disposal, that’s over two hundred shaves for five bucks, not the forty-some dollars for a collection of cartridge razors.

The one caveat is the types of razor blades for the person to ponder over. It may takes some time to find a suitable blade, but most safety razors come with at least one blade sample.

Keeping with the razor blade as the instrument of choice, consider a shavette. These straight-razor-looking devices are the sanitary choice for barbers. It’s also the next step toward shaving with a straight razor.

These inexpensive shavettes ( Dread Nought sells theirs for $20 ) have all the feel of a straight razor with the blade changing ability of a double edged. This economical purchase continues to pay dividends, as it requires the user to snap a razor blade in half. Remember our razor blade economy? It applies here, too.

Shavettes are great as they teach the user how to handle and hold a single blade. They bridge the gap nicely between the safety razor and the straight razor, which can be certainly intimidating. Their final feature of being easy to maintain could be the most attractive part of their setup. The blades are only as long as a standard razor blade, so for people looking for the standard length of straight razor, it won’t be found here.

Wade & Butcher, J.R. Torrey, Dovo, Frederick Reynolds. These are the names that have been etched in metal-making history. Sadly their undoing was the convenience of the double-edged razor. Many of the famous straight razor smiths of old have long since closed their doors, with only about four blade makers now in operation today.

Yet it is with these razors that men – and women – of this generation are finding enjoyment in shaving again. Buy new with a Dovo, or buy a custom razor through Edson Razors. Either way, you’ll find a smoother shave that changes the way your facial grows back.

The buying process can be overwhelming. There are the oldest style razors such as the wedge. (Imagine a basic V shaped blade.) There are hollow ground; imagine the shape a kid draws a bird in the sky. And there is everything in between. It’s all a matter of preference.

It’s important to bring back the enjoyment of everyday tasks such as shaving. When I was playing hockey I used to sport a goatee for the entire season. Why? Because it’s regrettable now? Actually, though I didn’t know it at the time, the cartridge shaving process removed too much skin as well as the hair. This made my chin hyper sensitive in the goalie mask chin cup. It also caused breakouts. Had I used a straight razor I would’ve possibly avoided the daily command from my English teacher to “Shave. Right now. Before class.”

These are the razors that could bring tradition back to the daily shave for men (and women). Cyclists are always removing hair, be it their face or their legs. Saving wattage over a 40 km time trial is significant if a rider shaves his/ her legs (assuming the rider is maintaining a minimum of twenty miles per hour). When rolling into the garage and stowing a traditional sport away for the day why not continue the tradition of a time-honored exercise and lather up? They say it takes about one hundred shaves to get wet shaving down. It’s worth it in the end.

And if William of Ockham stated in his principle that the easiest solution is the best, the straight razor can't get any simpler than a forged piece of steel, etched with the names associated with quality, and a Sunday afternoon with ever-increasing accessories. I wouldn't blame you if you second-guessed whether I was describing shaving or a vintage steel frame just now. Straight razors can't get any simpler. Until something even easier than a sharp blade comes along, I'll have to agree with Occam's Razor. I even like the name.

Review: The Art of Wet Shaving Amongst Cyclists (Part Two)

There are no comments for this post "Review: The Art of Wet Shaving Amongst Cyclists (Part One) Creaky Bottom Bracket". Be the first to comment...