Top mustache styles. Moustaches that Bristle with Meaning, From the archive 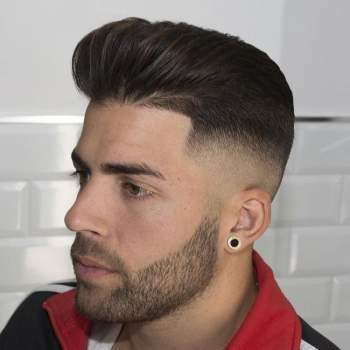 A nice story in the Guardian last month by Constanze Letsch ( here ) updates readers on a new trend in Turkey for facial hair implants. Long ago I did my own take on the Turkish & Middle Eastern man’s love affair with the moustache, published in the Wall Street Journal in 1997, when the news was that a clean-shaven look had begun to come into fashion (somewhat). In hindsight, that quote on top would probably be better translated as “I’m a Turk, I always do right, and …” Otherwise I wouldn’t twirl a hair of the story differently today. Here it is: Clipped moustache.

ISTANBUL — If there is one thing that symbolizes the manhood of a Turk, it is his mustache. So why has hair-salon owner Orhan Bademli ordered his young barbers to shave theirs off?

“In the West, a mustache is just an accessory. Our mustaches are part of us,” says the 46-year-old Mr. Bademli. “But the mustache is also the symbol of the uncompromising Turkish male, who never admits a mistake, and who spends a lot of time preening in the mirror. In modern offices here, there are hardly any mustaches left.” His barbers say they don’t even want their facial hair anymore.

The grand mustaches of Turkish lore are now a rare sight in the gleaming office blocks, restaurants and shopping malls that are joining Istanbul’s old bazaars. Pollsters chart the trend: A study by Istanbul’s Piar-Gallup Market Research Co. found that while 77% of Turkish men had mustaches in 1993, the figure is now down to 62.8% and falling.

Sociologists and marketers believe the trend is also spreading eastward through Turkey’s towns and villages. But facial hair still fairly bristles with political and social meaning. Mustaches signal the difference between leftist (bushy) and rightist (drooping to the chin), between Sunni Muslim (clipped) and Alevi Muslim (curling into the mouth). Beards are also still in play on 19% of faces, and can be either short and trendy, shaggily Marxist, long and religious, or clipped and politically Islamic.

The issue seemed so important to 62-year-old author Demirtas Ceyhun that he titled his popular book on the Turkish condition, “Oh, We Black-Mustachioed Turks.” It sold 100,000 copies. “We are basically still nomads at heart,” he says. “Before, we only got shaved to get married. Even then, you’d still leave the mustache. Some people may be cutting them off, but Turks will never get rid of them.”

To be cleanshaven has for decades been a political statement of solidarity with the secular, Westernizing elite that founded the republic in 1923. Today, this look is more evident than ever. Turkish army officers rarely request the permission necessary to grow a mustache, feeling duty-bound to drag mostly Muslim Turkey into the beardless Western world. The same goes for the Foreign Ministry. “We’re all cleanshaven here,” says Aydan Karahan, Turkey’s chief of information, who snipped his mustache as a young diplomat in Washington.

Corporate culture in Turkish companies that do business with the U.S. and Europe strongly discourages the mustache look. “There’s no ban on facial hair, but we’re very clean-cut here,” says a spokeswoman for Turkey’s biggest group, Koc Holding. “We’re pretty clean-cut too, and I prefer it that way,” says her counterpart at the headquarters of the No. 2 conglomerate, Sabanci Holding. “But in the factories, plenty of men still have mustaches.”

Sociologist Nukhet Sirmen says it was Turkey’s up-and-coming generation of businessmen who pioneered the cleanshaven trend in the 1980s, as they began traveling to Europe and the U.S. The blades cut deeper in 1993, when Turks celebrated the choice of their first woman prime minister, Tansu Ciller. Now, mustaches are disappearing right and left from middle-class faces.

“What we’re seeing now is the trickle-down effect from the bourgeoisie,” says Ms. Sirmen, searching her memory and failing to come up with anybody among her academic colleagues at Bosphorus University who still wears a mustache. “I can’t think of anyone! It’s probably a sign of the new Turkishness, a symbol of being integrated with the rest of the world.”

Turkey’s young generation is hard at work cutting all kinds of new profiles, influenced by dozens of television channels that bring international programming to a country where 84% of homes now have color television. Sitting around their cell phones at a tea-shop table by the Bosphorus strait three interior decorators turn passionate as they discuss what looks best.

“If I had a mustache in my job, people would react differently. They’d think I was a salesman or something,” says Bulent Karabas, 30, cleanshaven but nostalgic about his drooping right-wing mustache of yesteryear. “Mustaches have lost their importance since they brought in the free economy,” agrees Muzaffer Kara, 28, who hasn’t shaved for a couple of days. But Mahmut Cetin, 31, will have none of it. “I’m not shaving, whatever happens,” he says, stroking the short hairs of what Turks call a dirty beard. “This is my soul.”

Fashions change fast in Turkey. But all agree that competing hair styles do represent a deep parting in society. Social Democrat parliamentarian and pollster Bulent Tanla, owner of the Piar-Gallup agency, sees a society galloping in opposite directions.

“There is a search for identity. You can see it in politics, in Islam and also in mustaches,” he says, dabbing an old school mustache that, in honor of the barricades of Paris, he defines as “generation of ’68.” “One part of society is going off to the West, wearing jeans, carrying briefcases and shaving off their mustaches. The other is going to radicalism, be it right wing or Islamic.”

In the anarchy of the 1970s, extremists here killed political rivals whose views were betrayed by the cut of their mustaches. That doesn’t happen these days, but divisions among the most hirsute political elements can still be murderous.

Today’s bushiest left-wing mustache, mimicking Joseph Stalin’s, is on the face of the Stalinist leader of Turkey’s Kurdish rebels, Abdullah Ocalan, who operates out of Syria. Fighting his Kurdish guerrillas in southeastern Turkey are ruthless “special team” police units, whose mustaches trail down the chin in the manner of Mongol horsemen. The look signals political views somewhere to the right of Genghis Khan, a hero of theirs.

Back in Istanbul, Mr. Bademli, the modernizer, hasn’t gone so far as to adopt the new look himself. That’s fine for his barbers, but he hasn’t taken a razor to his own close-clipped mustache.

“My mustache simply won’t let me do it,” he says. “Also, I have a bet with a former minister of education that I won’t be the first to cut it off, and he won’t do it, either. He says that voters in the villages just wouldn’t take him seriously if he did.”

There are no comments for this post "Moustaches that Bristle with Meaning, From the archive". Be the first to comment...