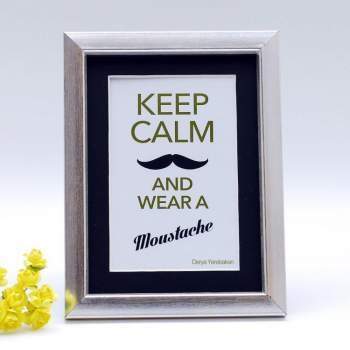 Men have always had the option of growing facial hair over their upper lip, but in terms of fashion the nineteenth century was the golden age of mustaches. Beginning about midcentury, a wide variety of mustache styles became popular across Europe and North America, and they remained so into the 1900s.

The nineteenth century saw the return of more assertively masculine styles of dress and grooming throughout the Western world. Much of the craze for mustaches began in the military ranks of various countries. The French armed forces, the Prussian guard, and the British Hussars, or light cavalry officers, were all required to wear mustaches.

In England mustache fashion spread from the uniformed ranks to the general public in the aftermath of the Crimean War (1853–56), which pitted Britain and France against Russia. Soldiers who had let their whiskers grow on the battlefield brought the look home to England, starting a trend that swept Europe. The drooping "walrus" mustache was one of the popular styles associated with the British army. Other mustaches were inspired by political and military leaders of the century. Long side-whiskers that merged into a mustache became known as a "Franz Josef" in honor of the Austrian emperor who ruled from 1848 to 1916. A waxed mustache turned up at the ends was dubbed a "Kaiser" after Kaiser Wilhelm II (1859–1941) of Germany, who ruled from 1888 to 1918. In the United States a similar mustache that curled upwards at the ends, called a "handlebar" after the curved steering bar on a bicycle, became quite popular in the 1890s.

By the close of the century, the mustache was falling out of favor among the style-conscious. American illustrator Charles Dana Gibson (1867–1944) created the popular Gibson girls in the 1890s, which were a good measure of popular fashions of the times, and showed the fashionable escorts as clean-shaven. Mustaches remained quite popular, however, chiefly among older and professional men, well into the twentieth century.

There are no comments for this post "Mustaches - Fashion, Costume, and Culture: Clothing, Headwear, Body Decorations, and Footwear through the Ages". Be the first to comment...