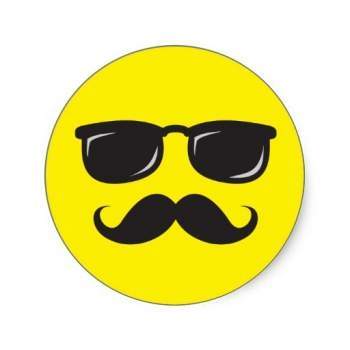 C raft breweries are springing up on the East End practically every day. Riverhead’s Moustache Brewing Company, however, has a unique claim to fame: it’s owned and operated solely by one beer-loving couple. Matthew Spitz—who sports the brewery’s namesake, a colossal, curled handlebar mustache—and his wife and business partner, Lauri, have been brewing their own beer for nearly 10 years, but it was only this past April that they opened their tasting room and brought their work to a wider audience. Face moustache.

A large section of the hop-scented building is devoted to brewing itself. The tasting room is intimate and friendly, with an indoor patio area which can be opened up to the outside on sunny days or remain shuttered off when the weather gets nasty. Unlike many local breweries, Moustache has a farm-brewing license, which is a state authorization intended to help small breweries and support New York farmers. Under this license, they use at least 20% New York State-grown hops, and at least 20% locally grown miscellaneous ingredients (such as malt or flavoring components). For example, Moustache plans to buy hops from the North Shore’s Condzella Farms, and currently gets its malt from a farm in Ithaca. In return, Moustache is allowed to sell full pints in its tasting room.

One of the great advantages to the small size and staff at Moustache is the brewery’s ability to make small batches, switching up styles as season and demand dictate. “We’re able to let the consumers decide,” says Lauri, citing the many limited-release beers they’ve offered for tasting, including a milk and honey brown ale, a blueberry ginger tripel, a large number of IPAs and a winter rye brew.

Four distinctive beers were available for tasting during my visit. The first, Mojito Pale, is a lime-infused pale ale which is perhaps my favorite summer-themed beer. The unique mojito flavor is achieved by adding fresh limes and mint by hand. “We went through a lot of attempts until we got it right. We wanted to keep it limey and refreshing without making it taste like Bud Light Lime,” notes Lauri, adding that “Basically, we both love cocktails, but we also love beer, and this is the result.”

Next up was the Everyman’s Porter, which carries powerful notes of chocolate and coffee—these are all imparted by the malts. The coffee notes particularly stood out to me, and I felt the porter captured the essence of the style while

The Mojito Grande is basically a bigger and bolder version of the original Mojito Pale: It features more lime and a higher alcohol content. Though I’m generally a sucker for high-alcohol beers, I still preferred the original for its summery lightness.

I closed out my tasting experience with the June IPA, which is one of three planned “monthly IPAs” for this summer. The hops on this one are interesting—I couldn’t quite place the flavor, but it’s refreshingly different from your typical hop-loaded California IPA, and different is good.

For designated drivers, the brewery thoughtfully offers water, sugarcane Coke and San Pellegrino sparkling water—and for those in the market for souvenirs, it offers pint glasses, growlers, T-shirts, hoodies, hats and even patches.

As for the future of the brewery, Lauri says they have “no plans to bottle as of yet, but it’s not out of the question for a couple of small batches.” In the meantime, the Spitzes plan to bring back a couple of crowd favorites and to add an aged beer and even a wet-hopped beer during harvest season. The lineup is constantly changing—so don’t be surprised if this beer list is already behind the curve.

There are no comments for this post "Moustache Brewing Co: The Face (and Facial Hair) of Craft Brewing, Dan s Papers". Be the first to comment...