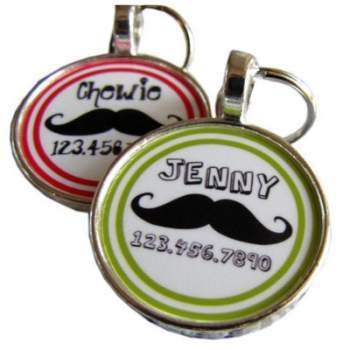 You can’t judge a book by its cover, but you can judge a man by his facial hair! Today we’re counting down our picks for the Top 10 Epic Beards and Mustaches That Featured In Movies in this guest post. Unique mustaches.

For this list, we’ve focused on the best human facial hair caught on film. There are no limits when it comes to style; if it’s grown on the chin like chinstrap beard styles, then it’s in. But we’re singling out those that we deem the most unique and memorable.

Razorblades aren’t hard to come by for this mutant megastar. He’s a purpose-built barber with anger issues and a forte for fashion. And Hugh Jackman’s muttonchops reek of style. They’re almost as recognizable as his weapon of choice – and if looks could kill they’d be just as deadly! A stylish combination of the rough and the smooth, his whiskers may look wild, but they’ve been cut to perfection!

When your eyebrows are as thick as your mustache is thin, you know you’re making a serious statement about something! Dustin Hoffman is almost unrecognizable as this early nineties version of the villainous Hook. And his twirly top lip is a feat of style and design – proving to all that it’s cool to be cruel. Peter Pan is the boy who wouldn’t grow up, and Cap’n Hook’s is the ‘stashe that never gets old.

A giant of a beard for a giant of a man – Hagrid’s head is about as hairy as it’s possible to be! A magical effort that defeats even Dumbledore’s, it’s a call to arms for everything curly! The less-than-groomed approach might’ve made him look scary (and slightly insane!) – but there’s nothing to fear behind this facial fuzz! Hagrid… He’s good, and brave, and in need of a shave!

Is it sublime, or just plain ridiculous?? Whatever it is, it’s certainly something different! A look not dissimilar to that of Dr. Arliss Loveless in “Wild Wild West,” Seneca Crane’s is beard-chic at its absolute best! It looks fantastic, it looks flamboyant, it looks like it’s made of Fuzzy Felt! We don’t like him, but we do like his trim! Seneca’s a Gamemaker, but his beard, well, that’s a Gamechanger!

A relic of Middle Earth almost as momentous as the Ring itself, Gandalf’s beard is a little less secret, and probably less safe. It looks good with a hat, and with a pipe, it’s five o’clock shadow times infinity. A veil of fluff that makes his voice extra gruff, it’s a beardy disguise that makes him seem extra wise. A wiry, white, wizarding effort, this list would be incomplete without it.

This is Daniel Day-Lewis at his murderous and mustachioed best. Bill’s ‘Handlebar’ is full, it’s got flicks, and it frightens all of Manhattan. It’s not narcissistic, but it is neatly finished – it’s something to stroke whilst he ponders who to kill. It’s authority, it’s prosperity, it might even be a little itchy. A symbol of The Butcher, he reigns supreme at Five Points and he’s placed fifth on our list.

This beard is as sharp as its owner is strong. It’s designer stubble for a main-event fighter – and, when placed in the same ring, it makes Stallone look like a grandma. The razor-sharp edging packs one “helluva” punch – it’s a look that turns up the trash talking just by being there. It’s face fuzz of fury, a big-time beard, and it puts Mr. T just outside our top three.

Charlie Chaplin’s upper lip mustache is an icon. It’s a symbol of the silent movie, a bygone age and Hollywood’s heyday. His toothbrush ‘stashe and bowler hat made his face funny, and his slapstick sensational. Sadly, the look was hijacked by Hitler during World War II and quickly became a symbol for the Nazis. Chaplin’s was the original though – he shaved it first and he wore it better!

If you can braid your own beard, then you’re doing well in life – if you can braid it twice, then you’ve really cracked it! The second seafarer to make this list, Cap’n Jack proves that a life at sea is a life in front of the mirror. His double goatee is pirate perfection. Original, outlandish and accessorized with beads, it shivers our timbers, it’s as Jolly as the Roger.

He’s been alive for hundreds of years, he knows how to Kill Bill, and, most incredibly, he’s got a beard that looks just as good when you flick it over your shoulder. You might think that a hermit wouldn’t care too much for grooming, but Pai-Mei does, and big-style! His white wisps are pristine; in fact, it’s the ultimate “thinking-man’s beard.” He’s the goatee grandmaster and he’s beard-flicked his way to first place!

There are no comments for this post "Top 10 Epic Beards And Mustaches That Featured In Movies - Art Of Style Club". Be the first to comment...