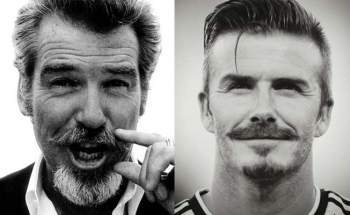 I would like to introduce Franz Josef I, Emperor of Austria 1830-1916…and his Imperial mustache! Moustache styles 2016.

Seeing as how this is such a popular craze right now I feel I should do my duty as a lover of history to do one, or both, of the following. I’m about to give all of you dear readers an insight on the historical progression and cultural significance about mustaches in the 19th century. This will either evoke a sense of rational understanding or totally and completely kill your love for the new fad which is fake mustache wearing. In a evil, devious, sick and twisted sort of way…I hope to achieve both!

Don’t get me wrong! I love a good fake mustache joke as well as the next hyped up college grad trying to reclaim my youth and irrational sense of humor. But when I come across a high school junior (this is a true story by the by) who claims that mustaches are so freshman year.. that sliver of hope I had for the next generation fizzles out of sight like those dreams of catching a unicorn and frolicking in the mist. I think I miss my childhood.

So on to the ‘stache’ as it is so generously called now. The mustache was not always a particularly favored thing. Indeed, just as corsets and hairstyles change with the tides and position of the moon in relation to Jupiter…as do a man’s tastes in mustaches. It is one of histories on again/off again love affairs! Scandalous in some points, calm and docile in others the mustache has been seen throughout history as much a symbol of both authority and power as it is a sign of wealth…or lack thereof.

Prince Albert and a manicured mustache!

Men have had mustaches since…well, they become men basically. Just as some women choose to flaunt their newly enlarged assets when they hit puberty…as do young boys with newly found facial hair. In the olden…older…back many years in history the mustache (sometimes paired with it’s ever insistent cousin the beard) was a status symbol or a distinction of rank and class. It was a sign of manhood and no one said manhood better then those corset loving, dandy prancing Victorians! They loved mustaches! Hell, Prince Albert had one and if Prince Albert had one so had you!

But have you seen some of the mustaches that came out of the 19th century! It’s so bizarre and wonderful all at the same time! It was a cesspool of facial hair experimentation with enough creativity to stop a pop culture artist in his tracks! Why? Was there a cultural significance to the more unusual mustache styles? Was it theologically driven? Was there bet money involved? I supposed you could say it was all of these things but to truthfully answer, it could have just been a eye-popping way of expressing themselves.

Here are a few, just a few mind you, of the more popular styles. On a more current note, all of these beautiful creations have variations that are still grown out today and they even have a contest for the best cluster of masculine bristles!

Handlebar – Soldiers were one of the main wearers of this very distinct style. Also known as the “spaghetti mustache” because of its length and twisty end it was often times paired with a fine beard. On a more stereotypical level, many people associate Italians with the look..others see American cowboys.

The Nietzsche – Kind of like the handlebar mustache, this glorious tuft of man fuzz is very bushy and hangs over the mouth ever so slightly. It has a more common name as “the walrus” since it looks a lot like a walrus’…mustache? Sure! They can have mustaches too! However, it was the popularity of Friedrich Nietzsche’s very own unique “walrus” that I like!

The Horseshoe – Take a Fu Manchu, stop it at the chin in its tracks and make it super bushy and you get this iconic mustache. This beautiful patch of face fur required the wearer to not only grow out the mustache but then connect it with a manicured beard to bring this baby down like a waterfall of facial love!

Imperial – A lot of people commonly mistake the Imperial for a Handlebar mustache…which I honestly don’t see. They are so very different! This illustrious exhibit of true manliness is where the beard and mustache connect but by keeping the chin hair free this mustache avoids being referred to as a beard!

During the 19th century is was all about virility. If you had a bushy, beautiful, well maintained mustache/beard then you were indeed the bestest most viral of the masculine men! At least in America. During the Civil War in the middle of the 1800’s many men were unrecognizable with their grizzled new beards which were just a hassle to maintain. It was seen as a sign of manliness and heroism which was slightly different from their neighbors across the pond.

Victorians followed suit with Prince Albert who, having come from “Germany” (it was called Saxe-Coburg and Gotha), had a very different style. Instead of the bewhiskered muttonchop he was slightly more trimmed down… with an added mustache. Soon, this became the style to have in court. Did having nabbed Europe’s most eligible monarch help with his popularity or was it the mustache?

Soon, the beard was being transformed into wonderful mustache styles which became almost like a man’s very own peacock plumage! It was what absolutely classified him by showing power and wealth all in the care of his facial hair. In this classification we were shown men demonstrated they took just as much pride in their appearance as women did with theirs. Well okay, not that much attention but it was the man’s way of expressing himself that was truly manly.

Not just manly…womanly as well. With the rise of circus performers and side shows we get a glimpse into the world of female facial hair. Annie Jones was the star “freak” of her time all because she maintained what was commonly referred to as a masculine feature. Though most likely much harder to maintain than a gentleman’s tuft she still managed to use her luscious whiskers to her advantage.

During the Edwardian time the mustache was almost completely nixed thanks in part to author and playwright Oscar Wilde. The clean shaven look represented youth and many men followed in the pursuit of adolescence at least for a little while.

Later in the 20th century we see an amazing alteration in the direction of the evolution of the mustache. Dali, Chaplin, Flynn and even a man named Hitler were all defined by their mustaches…one in particular ruined his mustache style for all eternity. The male, and sometimes women’s, face became a blank canvas for which to sprout a work of living art! Right down to today with Selleck and Elliot I do believe the mustache is not only alive and well but it is a delightful form of expression that makes one truly stand out!

P.S. I totally suggest everyone google mustache contest images! Creativity at its finest!

There are no comments for this post "The 19th Century Mustache The Pennington Edition". Be the first to comment...