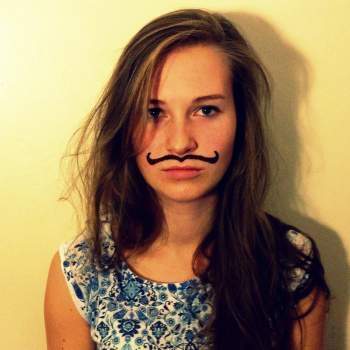 November is an exciting month for all, with its beautiful Autumn hues, delicious Thanksgiving feasts, and overall excitement for the upcoming holiday season. But what we're most excited for in November is Movember, a global monthly event in which men and women grow and celebrate mustaches to raise funds and awareness for prostate cancer and men's health research. Best movember.

To keep the Mustache Madness going, Tripping.com has compiled a list of eight mustache friendly and beard-filled U.S. cities, filled with the most Movember madness! The list examines facial-hair friendliness and overall Movember mania. Pulled from this year's Wahl Clipper Corporation's " Most Facial Hair Friendly Cities In America "the list includes cities with the most conversations and searches surrounding facial hair and overall facial hair interest and positive sentiment. The events have been curated based on creativity and plain old 'stache-filled spirit. From local events, to quirky cafes, to Mo parties, these furry destinations are the best of the best for mustache fanatics!

Boston saw a rise in popularity of the facial frenzy in 2013 when the city's pro baseball team, The Boston Red Sox, sported their beards on their way to World Series victory. This year, 17 Boston Bruins are helping to raise awareness by growing out their NHL playoff beards this Movember. With Patrice Bergeron as their “Movember Team Captain," fans are asked to donate to the Bruins Movember Team. By raising funds, participants will be entered for a chance to win autographed items and tickets to a Bruins game. Sports fanatics aside, check out the fun community events.

According to city research, Minneapolis is a haven for mustache lovers. The city continues to thrive on the mustache and beard culture in support of Movember, as demonstrated by the annual Moustache Run. With Minneapolis' cold winters, it's no surprise that the trend carries on throughout the months, with men sporting bushy sideburns and chin blankets to stay warm for the holidays. Visit Minneapolis in March, and you'll be impressed with the bearded men (and ladies) at the Minnesota Beard-Off, a competition based off the World Beard and Moustache Championship. Witness a variety of hairy fashions, from long-tail Gandalf beards, to polished goatees, to even drawn-on mustaches from those who lack the real thing. Locals pride themselves in having the best beards in the nation, so check out the wackiness for yourself for a unique hair-raising experience.

Los Angeles is full of fuzzy festivities for Movember, which begin mid October and continue through all of November. In such a big and diverse city, you'll find an array of fun activities to get involved in in the Los Angeles city, especially in Culver City, the home of California's Movember Headquarters.

The city of Chicago fully embraces the moustache lifestyle, with its growing fishing industry in Lake Michigan, along with the legacy of retired Chicago Bears who have continued to sport a hairy upper lip. The city's pro hockey team, the Chicago Blackhawks, have also helped earn the city's hair-friendly title when they won the Stanley Cup in beardly fashion in 2013. For this year's Movember shenanigans, Chicago will also be holding their own series of events, a highlight being the Mustache Dache.

Will your Movember 'stache have what it takes to be America's next top Mo model? Are you confident that it's grown to be the fairest of them all? Well the Utah Beardsman will be the judge of that. Stay tuned to learn more about the city's Movember celebrations.

Anchorman's Ron Burgundy brought the funk in men's mustache fashion, so it's only natural that San Diego's Mo Bros, Mo Sistas continue to sport this hot classic trend. Last year, the city celebrated Movember with a Super 70s Yacht Party fundraiser, where guests were encouraged to dress up in 70's attire and groove to smooth 70's soft rock while enjoying cocktails, craft beer, and of course, the ultimate 'stache contest. We're excited to see what's in store in San Diego for 2015!

New York City: the city that never sleeps or shaves (at least for November). 2014 brought tons of moustache fun to the city, from the New York Gala Parté, the official Movember Event, the 3rd Annual Movember Party and Fundraiser, and the Budweiser Moustache Masquerade. Each of these fun events united people to raise awareness and funds for prostate cancer.

This list wouldn't be complete without the artsy, cultural and mustache-filled Portland, where the 2014 World Beard and Moustache Championships were held. Attendees enjoyed an array of mustache styles, from wacky, to fancy, to gargantuan... to just plain odd, while hundreds of contestants were divided into seventeen different categories, from Dali fashion to Full Beard freestyle. With such an appreciation for moustache fashion, you'll want to make sure your mo' is groomed nicely before arriving to Portland in November!

The Movember foundation has inspired many to donate and get involved in raising awareness for cancer and men's health issues and Tripping.com is joining in the movement! Whether you're growing out a 'stache for yourself or know someone who is, spread the word by donating to a cause and sharing the Mo love!